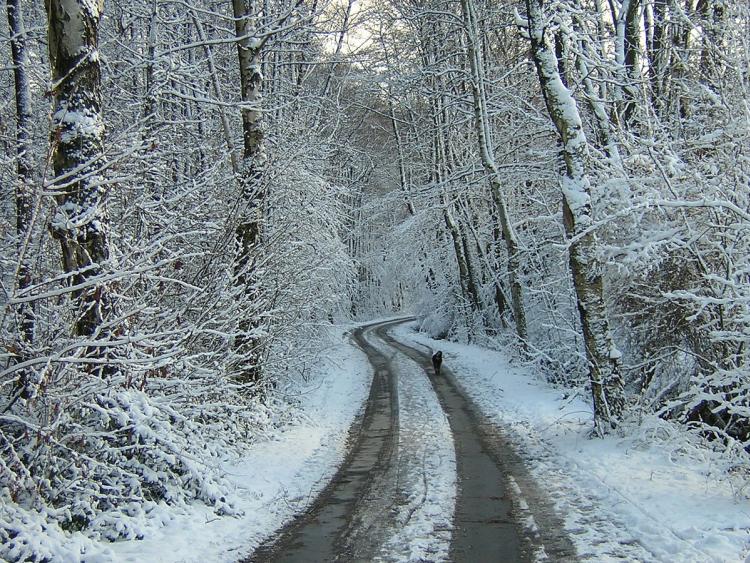 The weather forecast for Ireland for the coming week from Met Eireann is for it to be cold and wintry at first but becoming milder from Wednesday onwards.

The weather forecast for Ireland for Monday from Met Eireann is for it to be cold and blustery with a mix of sunny spells and wintry showers, mainly in Ulster, Connacht and west Munster with some of snow in the morning, especially on hills and mountains. A Status Yellow Weather Warning is in place for Connacht, Donegal and Cavan until 11am. There is also a risk of hail and thunder. Showers will be more isolated in the east and southeast. Highest temperatures 3 to 7 degrees, in moderate to fresh and gusty south to southwest winds.

It will be very cold on Monday night, with clear spells and a widespread sharp frost. Blustery wintry showers continuing, with falls of hail, sleet and snow. Showers most frequent in the west, with lying snow possible. Lowest temperatures of -1 to +1 degrees, in fresh to strong and gusty west to southwest winds, with gales possible near the north coast.

The weather forecast for Ireland for Tuesday from Met Eireann is for it to be cold and blustery, with sunny spells and wintry showers, mainly in western areas. Showers will be a mix of rain, sleet and hail, with some snow on high ground. Afternoon temperatures of 4 to 6 degrees, in fresh to strong and gusty westerly winds.

Clear spells and scattered showers at first on Tuesday night, but becoming more isolated as the night goes on. Some showers will be wintry, mainly on higher ground. Lowest temperatures of 1 to 3 degrees, in moderate to fresh and gusty westerly winds.

According to Met Eireann, it will turn less cold on Wednesday, with a mix of cloud and sunny spells. Generally dry, with some scattered outbreaks of rain, mainly in western and northern areas. Highest temperatures of 7 to 10 degrees, in moderate southwesterly winds.

Dry in most areas on Wednesday night, but rain will possibly affect south and southeast coastal areas. Lowest temperatures of 4 to 6 degrees, in light to moderate south to southwest winds, fresh along northwest coasts.

Weather Advisory for Ireland
Cold & wintry weather will develop from Sunday evening. Showers of hail, sleet & snow will occur in places. Snow showers most frequent in Ulster and Connacht and especially so on high ground.

Thursday is looking mostly dry with some sunny spells and just a few isolated showers, mainly in the northwest. Continuing mild, with highest afternoon temperatures of 9 to 11 degrees, in light to moderate westerly winds, fresher along northwest coasts.

Dry for much of the night on Thursday night, but rain is expected to move into Atlantic counties by morning, possibly heavy at times. Light to moderate westerly winds backing southerly and freshening along western coasts. Lowest temperatures of 2 to 4 degrees.