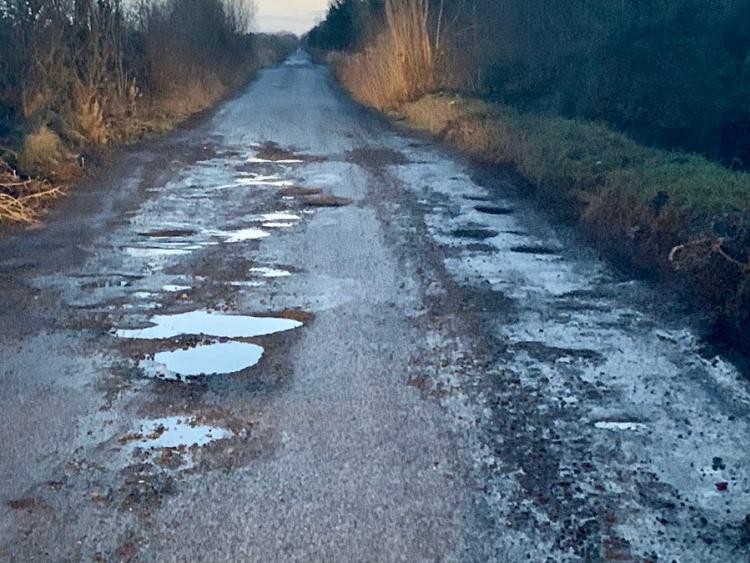 A disgruntled resident has called on Offaly's elected representatives and general election candidates to do their job after posting a photo of a disgraceful road surface in the county.

Twitter user @hellsbells posted the picture this week of the pothole-ridden stretch of road at Old Croghan, between Daingean and Tyrellspass.

The post read: "Mind your car when you're out on the election campaign. Do your job."

She labelled the roads the worst in Ireland and posted her concerns directly to Barry Cowen, Sean Fleming, Peter Ormond, Marcella Corcoran Kennedy, Brian Stanley, Ken Smollen, all candidates for Laois-Offaly in the upcoming general election.

She also directed it to Offaly County Council.