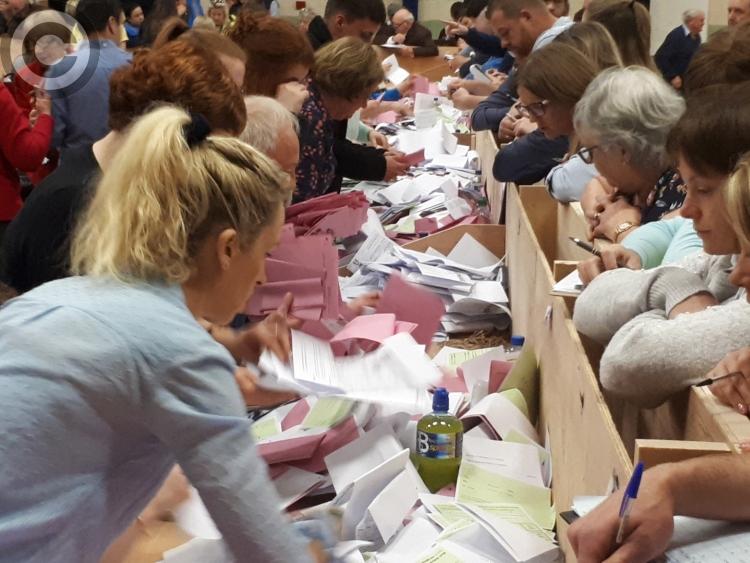 Laois and Offaly set to lose TD at General Election

Laois or Offaly will lose a TD at the General Election due to the reunification of the two counties into a five-seat constituency.

This will mean at least one of the six sitting TDs in the two three-seaters will not be returned.

The change has resulted in parts of Tipperary being taken out of Offaly and Kildare from Laois. Portarlington and surrounds will vote in Kildare which gains a seat.

Laois-Offaly was last a single constituency in 2011 when FF lost a seat. Outgoing Taoiseach Brian Cowen retired from politics ahead of the election. The counties were split into two three-seaters in 2016.

They were reunified by the Constituency Commission 2016–17 in a joint review of Clare, Limerick, Tipperary, Offaly, Laois, Kildare. It found that while Laois has sufficient population to be a three-seat constituency, Offaly did not.

This resulted in Portarlington and surrounds, which sits on the Laois-Offaly border, being moved into South Kildare. 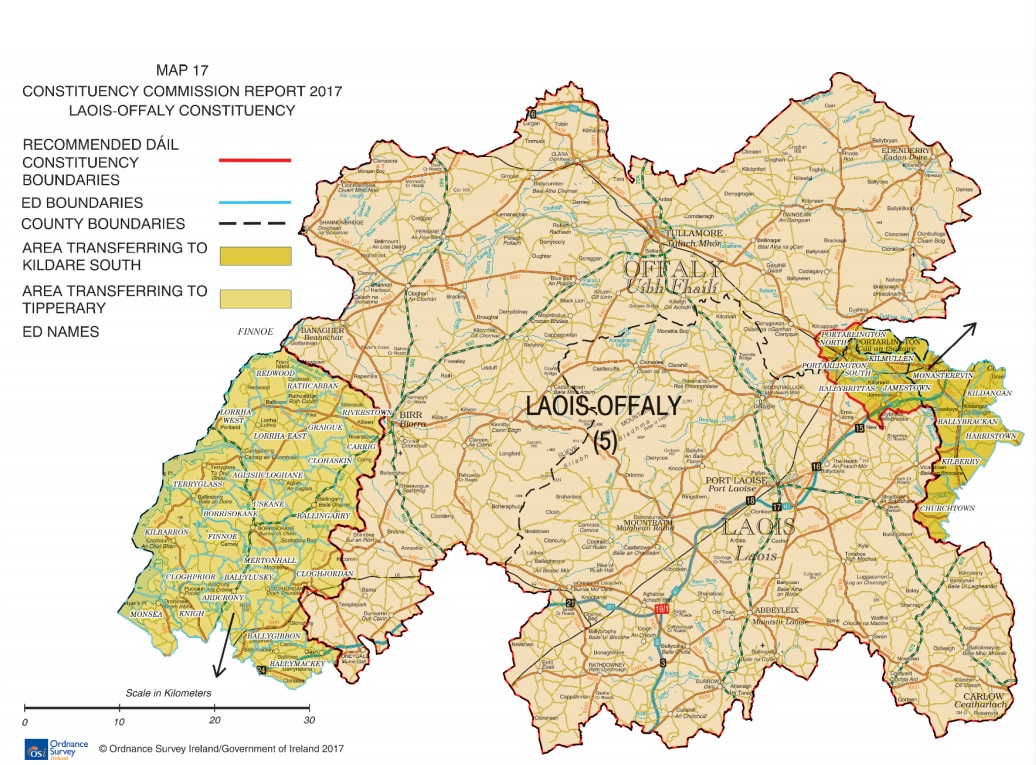