Met Éireann forecasts snow in the wake of Storm Brendan 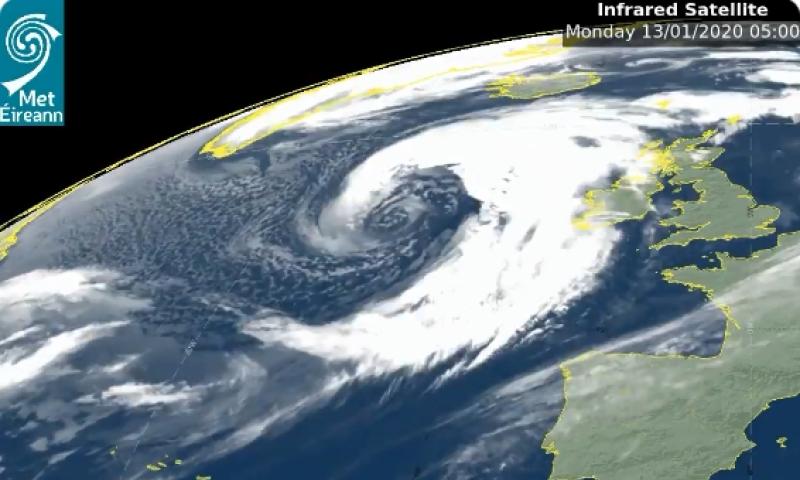 Met Éireann forecasts snow in the wake of Storm Brendan

Met Éireann has said it could snow for a time on Tuesday in the wake of Storm Brendan.

In their latest forecast, the national forecaster says: "On Tuesday, winds will become light variable for a time with isolated showers giving way to cloudy conditions in the morning, bringing rain northwards over the country.

"Temperatures will be low, between 3 and 5 degrees at best throughout the country and the rain will turn wintry for a time, clearing eastwards later in the day, followed by showers.

"Winds will become moderate to fresh mainly westerly in direction, but locally strong southwest winds are expected in the southeast for a time in the afternoon.

They say Tuesday night will bring showers on coasts for a time but otherwise, it'll be dry and clear. There'll be a fresh southwest wind and temperatures will fall to 1 or 2 degrees.

"Wednesday will be a clear day with sunshine and showers, the showers frequent along coasts but isolated elsewhere, carried eastwards on a fresh southwest wind. Temperatures will be between 6 and 9 degrees. Cloudy will increase from the southwest, bringing rain overnight widespread and heavy for a time."

"Current indications suggest Friday will be mainly dry, although there is a signal for a showery spell across the northern half of the country.

"The further outlook into the weekend is for westerly winds and spells of rain at times. Rain will clear to showers on Thursday and the fresh southerly winds will veer southwesterly."