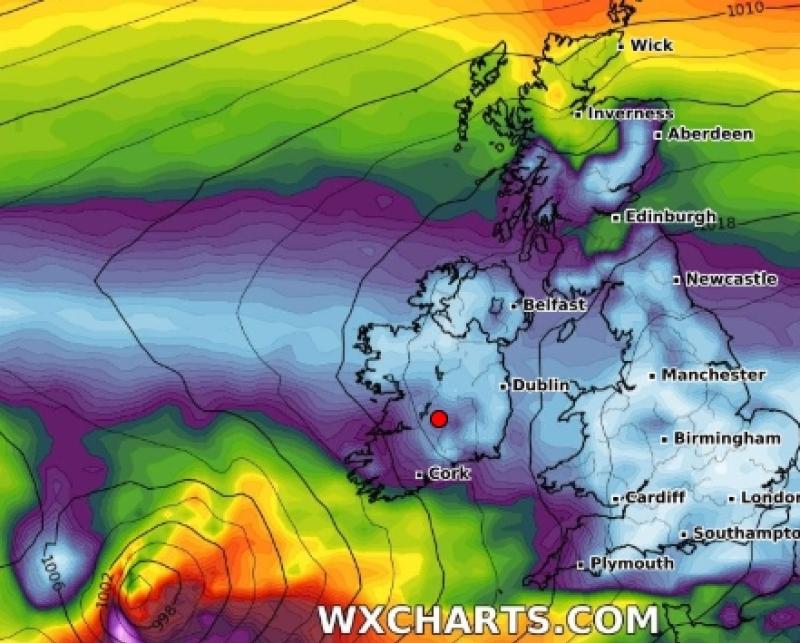 Met Eireann is warning of the possibility of sleet and snow with continuing strong winds in its latest weather forecast for Ireland.

The risk of sleet and snow is on Wednesday night according to the latest Met Eireann weather forecast with further sleet forecast across the country on Thursday.

The weather forecast for Wednesday for Ireland is for it to be mostly dry with sunny spells and well scattered showers, mainly in northern areas. Cloud will increase in the south during the afternoon, with rain reaching southern coastal areas late in the afternoon. Turning cooler, with highest temperatures of 7 to 9 degrees, in mostly light to moderate west to southwest winds.

According to Met Eireann, on Wednesday night a low pressure developing out in the Atlantic will track over the country. Rain will spread from the southwest or south across much of the country, possibly with sleet or snow on high ground in the west and north. There is a potential for strong winds along southern coastal counties. It will be a cold night with some frost possible ahead of the rain. Lowest temperatures of 0 to 4 degrees generally, warmer along southern coasts.

Here is our 7 day Atlantic Chart, showing the pressure and precipitation forecast in 6 hours intervals.https://t.co/9Giuj4CR5mhttps://t.co/9gKN6SVok4 pic.twitter.com/YS31RTMKrx

The current weather forecast for Thursday for Ireland is for the area of low pressure to move over Ireland during the morning, bringing further rain or sleet across the country and strong winds on south coasts. Later in the day it will get drier. It will stay quite cold with highest temperatures of 3 to 7 degrees. Frost is likely on Thursday night under clear spells. Minimum temperatures likely to range from -1 to +3 degrees.

Friday will probably start dry and bright with light breezes. Later in the day southerly breezes will freshen and rain is expected to move in to affect western coastal counties.

The mostly unsettled weather is set to continue during the weekend with prolonged spells of rain and the risk of strong winds.