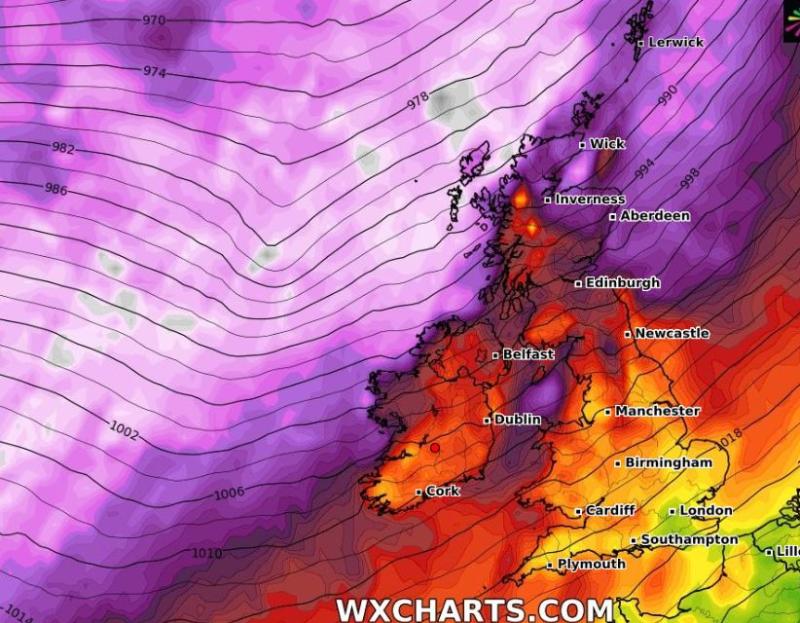 A weather forecaster has warned of strong winds for the northern half of the county on Tuesday.

In a post this afternoon, Cathal Nolan from Ireland's Weather Channel stated: "A swathe of strong winds is expected to develop across the northern half of the country during the early hours of Tuesday morning, persisting for much of the late morning and early afternoon before only gradually easing tomorrow evening."

Met Éireann has also issued a Status Yellow warning for 17 counties, including Offaly.

"Strongest winds will be on exposed Atlantic coastal counties where gusts will generally reach between 100-110 km/h, with a risk of gusts exceeding 115km/h in exposed fringes of Galway, Mayo, and Donegal.

"Further inland across much of Ulster, Connacht and north Leinster, winds will range between 80-100km/h. With isolated gusts of up to 110km/h in some exposed locations or over higher ground.

"Secure any loose objects or items which may blow in strong winds and do take care on the roads," Cathal concluded.