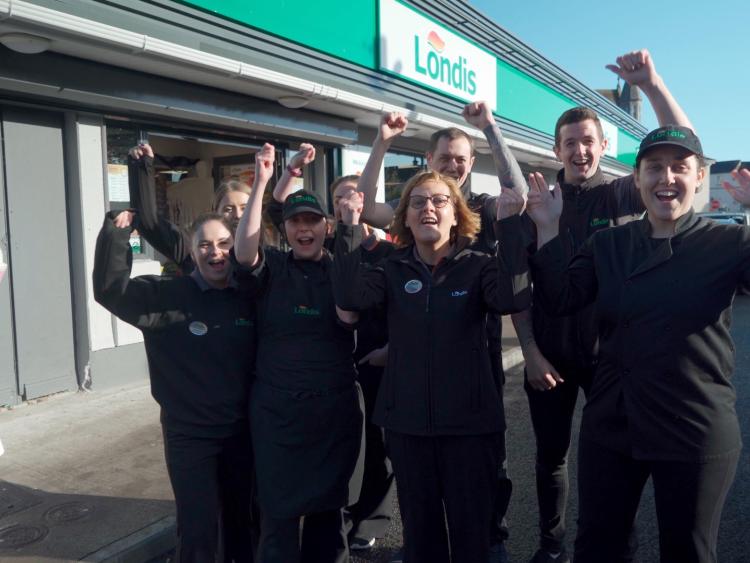 The staff at Knight's Londis in Clara

Knight’s Londis in Clara has been chosen to represent Londis’ ongoing support of the latest season of the hugely popular RTE show Operation Transformation and the shop will appear in every episode of the 2020 series.

Now in its 13th Series, Operation Transformation is, first and foremost, a television show designed to entertain but, over the course of its 12 seasons, it has become so much more and the contribution the show has to made Irish health awareness since its launch has been unprecedented.

The show shines a light on the poor eating habits of the nation and encourages thousands of viewers to overhaul their lifestyles and diets as they support their favoured team leaders. It averages more than 400,000 views and this year Knight’s Londis Clara was chosen as one of the filming locations for the show and will feature in every episode.

Commenting on Londis’ ongoing support of Operation Transformation, Conor Hayes, Londis Sales Director said, “Londis takes great pride in providing our customers with the freshest of foods and encouraging people to shop and eat healthy, which is one of the reasons why we have been supporting Operation Transformation since the very early days.

“Knight’s Londis Clara is a terrific representation of the Londis brand and is a credit to Aidan Flynn and all the staff.”

Operation Transformation returns to RTE’s screens on Wednesday, January 8 for the 13th season.