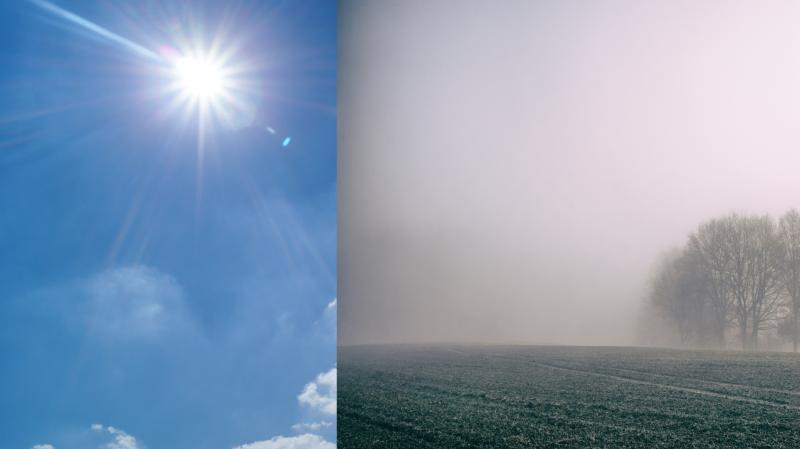 The weather forecast for Ireland for the coming days is for it to be largely dry with winds set to increase on New Year's Day with temperatures reaching as high as 12 degrees during the week.

The weather forecast for Ireland for New Year's Eve is for a largely dry, apart from a little drizzle in southern counties. In the north it will be cold and frosty to begin, with the best of the sunshine there, though some fog will linger. Cloudier conditions look likely to prevail further south, with mist patches. Maximum temperatures ranging 5 to 9 degrees, coldest in the north, or where mist or fog patches linger, in mainly light easterly or variable breezes.

Cool and dry with a mix of cloud and clear intervals as we ring in 2020. Patchy mist and possibly fog forming in the light southeast to south or variable breezes. Minimum temperatures will range 1 to 5 degrees.

The weather forecast for Ireland for New Year's Day is for a largely dry but cloudy overall, with just limited bright or sunny intervals. Light to moderate southerly breezes, will increase fresh to strong on Atlantic Coasts as the day goes on. Maximum temperatures 7 to 11 degrees. Increasingly windy on Wednesday night in moderate to fresh and gusty southerly winds, increasing strong to gale force on coasts by morning. A dry night for the bulk of the country, but patchy rain and drizzle will be starting to move in off the Atlantic to affect western and southern coastal counties by dawn. Minimum temperatures 5 to 8 degrees.

According to Met Eireann, there will be a very windy but mild start to Thursday, with fresh to strong and gusty south to southwest winds. Rain turning persistent near Atlantic coasts and spreading to most parts during the day, followed by cooler more showery conditions. Winds will veer westerly and ease with the transition from rain to showers in the afternoon. Maximum temperatures of 10 to 12 degrees look likely to occur in the morning, with temperatures lowering to between 7 and 9 degrees from the west during the afternoon. Thursday night looks like bringing a mix of clear spells and scattered showers. Minimum temperatures 3 to 6 degrees in light to moderate southwest breezes.

The national forecast and the national outlook for the coming week are available here.https://t.co/yEsIuCkWlq pic.twitter.com/ekVdFrU7oo

Friday is currently looking like a mostly dry and bright day with a mix of cloud and sunny spells, with just isolated showers in the west and north. Temperatures near seasonal norms at 7 to 10 degrees Celsius. Light to moderate southwest breezes, will be fresh to strong on northwest coasts.

Early indications for next weekend point to predominantly dry conditions at this stage with high pressure dominating, with just a few showers affecting the northwest.