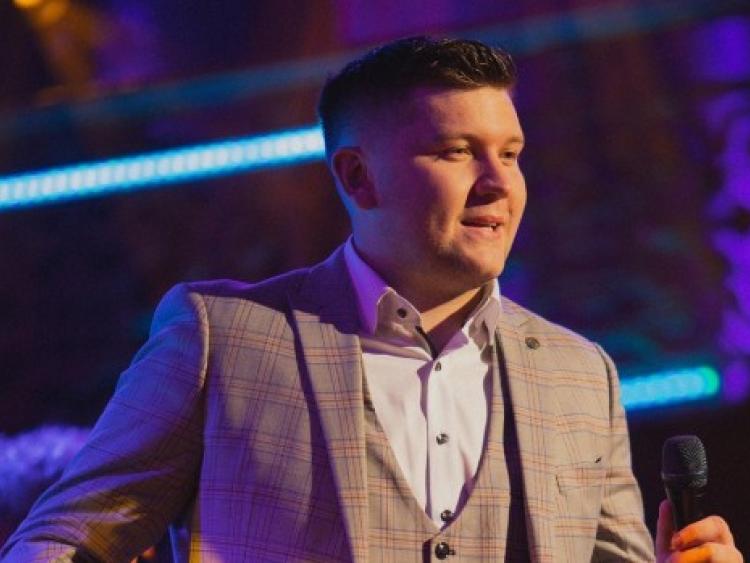 Young Offaly man and country music star Alex Roe is ready for his Glor Tire journey to finally begin in earnest when the hugely popular TG4 show returns to our television screens for the 2020 series early in the new year.

The first episodes of the show - featuring each of the six contestants from all around Ireland and their mentors from the world of country music - were pre-recorded back in November, and will be the first to air before the 'live' shows begin at the business end of the competition in March.

So the young man from Clara, who is being mentored by Trudi Lalor, has already been living the Glór Tíre experience for several months, but very soon, it's all about to "get real."

"Yeah, it definitely is! And we've all been waiting to get to this stage," explained Alex at the weekend, referring to his fellow contestants and their mentors, "where the show is finally going to be on television very soon and people at home will get a chance to see and hear us all perform.

"So it has been a little bit surreal up to now, ya know, having the first pre-records already done, and working on putting the campaign together. But at the same time, even with all of that, it still sort of feels like the show doesn't really begin until the first show actually airs on January 7. Then it's Game-On."

The man who knocked Billy Ray Cyrus off the top of the Irish country charts with his latest single, In The Middle, last year, has enjoyed a busy festive period of gigs. But Glór Tíre has never been far from his mind, and the singer has teamed up with a number of prominent sponsors who are backing him for glory.

"That's right, I've been very lucky in that regard, I have a very supportive team in place. So I have to give big shout-outs to Colton Motors in Tullamore who have made sure I'll be able to cover all the miles this campaign is gonna take by setting me up with an amazing jeep. To Guy Clothing in Tullamore as well, who always take care of me when it comes to wanting to look sharp and stylish on stage when I perform. And also to Tullamore Credit Union, who I'm delighted to be collaborating closely with at the moment, too. We have some events coming up with them that are going to be a lot of fun, and I'm looking forward to being a part of."

But it's not just the behind-the-scenes team that will hopefully sweep Alex all the way to the Glór Tíre crown. For that moment to arrive, he's going to need the support of the public every week once the 'live' shows begin in March.

"Absolutely, it's going to be all about the votes and the support from fans at that stage. So I'll be hoping there isn't an actual general election called too early in the new year because I want to be the only one begging people for votes for a few months at least."

Glór Tíre returns to TG4 on Tuesday, January 7, presented by Aoife Ní Thuairisg and Seamus Ó Scanlán, with judges John Creedon, Caitríona Ní Shúilleabháin, and Jó Ní Chéide. You can stay up to date with Alex's journey by following him on Facebook and Instagram.