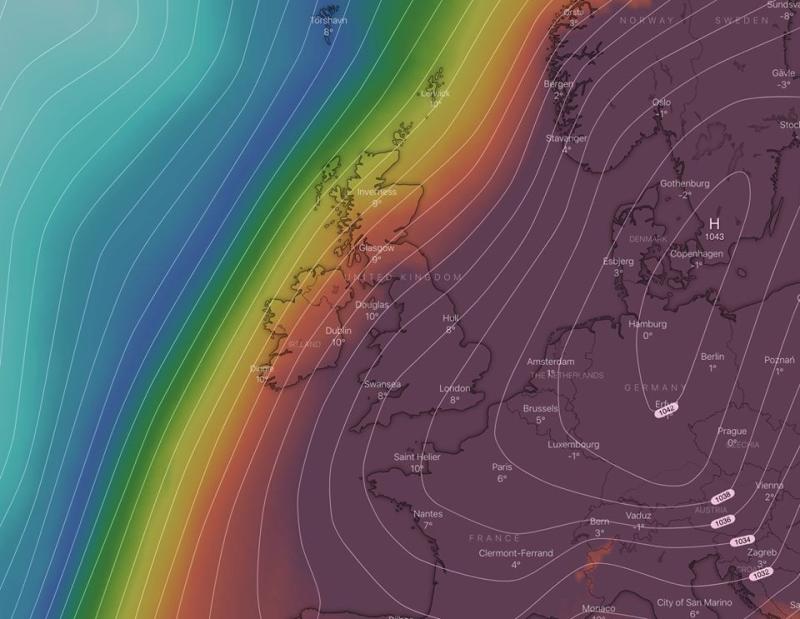 A forecaster has said that there is a mix of weather on the way for Ireland in the coming week as warm and cold air 'battle it out' near the country.

According to Weather Alerts Ireland, high pressure is pushing into the east of Ireland and the west will be much closer to the low pressure systems.

According to the forecaster, this means there will be a fair amount of sun this week with the east and south seeing the best but west and north will also get some nice sunny spells. The south and east will see practically no rain for the next 10 days.

However according to the forecast, the west and north will see more rain as Low Pressure Systems push past Ireland.
Amounts up to 40mm of rain expected in the next ten days.

In the shorter term, it could reach 14 or 15 degrees on Sunday in parts of the country.