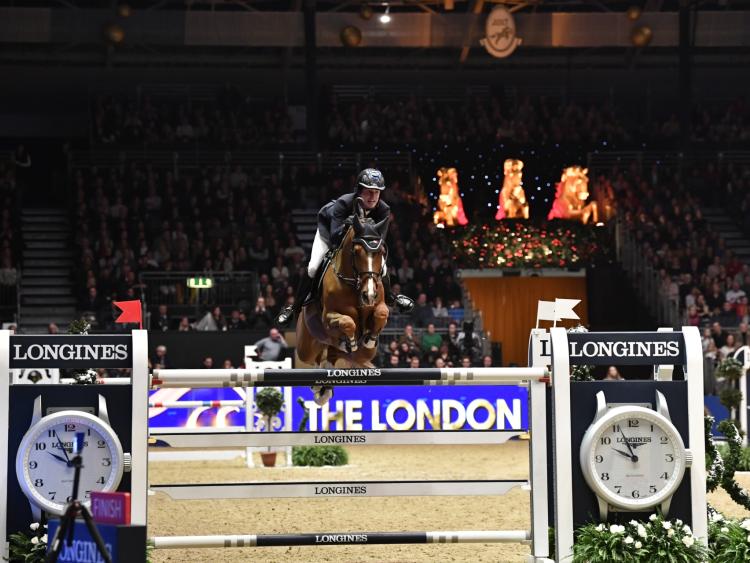 Kenny wins again in London as he continues amazing year

Offaly’s Darragh Kenny last night recorded his second, and Ireland’s fourth win so far at the 2019 London International Horse Show in Olympia, after he partnered Classic Dream to victory in the Longines Christmas Cracker 1m55.

Going into the week, the Offaly show jumper was ranked 8th in the World Rankings.

Kenny and the Ann Thompson-owned 9-year-old gelding were the fastest clear round in a thrilling eight-man jump-off, beating the Netherlands’ Bart Bles on Gin D by just over a second, while Britain’s William Whitaker (RMF Echo) and Austria’s Max Kühner (Cornet Kalua), shared third place.

Earlier this year, Kenny finished third with Classic Dream at the London leg of the Global Champions Tour and Kenny admits that he is quietly excited about the chestnut gelding’s prospects.

“I’ve known for a couple of years that he was a proper Grand Prix horse,” explained Kenny, who will ride Classic Dream in Sunday night’s Turkish Airlines Olympia Grand Prix. “He’s still quite green, but he was exceptional in this jump-off, really picking up, and he’s a horse for the future. He seems to like London anyway!

“I know him inside out and have always thought that he’s a Tokyo [Olympic] horse. He’s a little bit quirky, but he always wants to win.”

Darragh Kenny had scored Ireland’s first win of the week in Olympia on Wednesday while there have also been Irish wins for Mikey Pender and Anthony Condon. The Olympia leg of the Longines FEI World Cup takes place this afternoon, while Olympia comes to a close on Sunday following the Turkish Airlines Grand Prix.