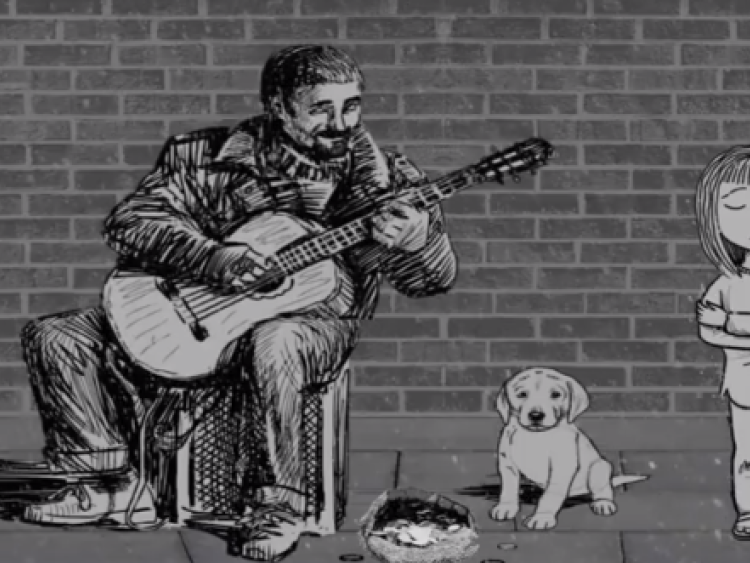 Offaly man Sean Glennon has released a Christmas song inspired by his own experiences of homelessness in London in the 1970s.

The song is a sweet Christmas tale of a young Irish busker on the streets of London in the 1970s who meets a young homeless girl on Christmas Eve.

"Her story deeply affects the young man who donates all his hard-earned takings to help the distressed child. It's a poignant reminder of the struggles of the homeless at a time when there should be such joy in their lives," the creators said.

The animated video accompanying the song is also beautiful and was created by Niall Cole.

Scroll back up to take a listen.