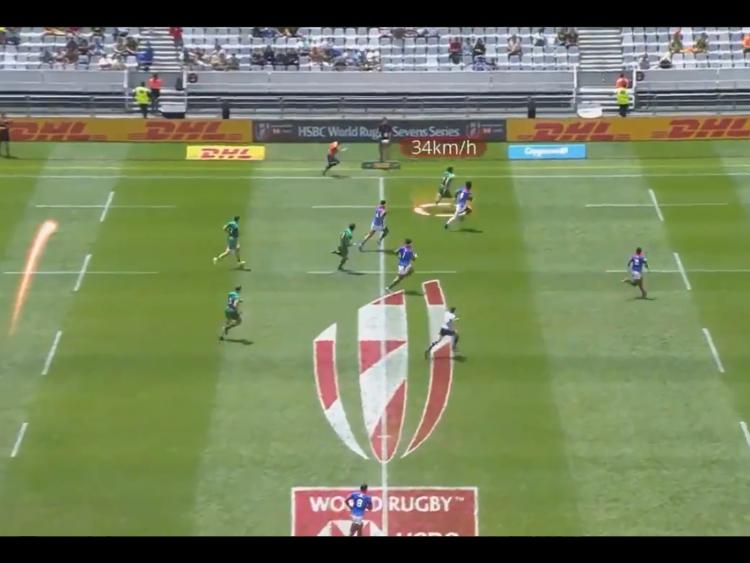 Tullamore's Jordan Conroy is one of the most devastating finishers in the World Rugby Sevens Series.

His awesome speed has proved too hot to handle for most teams as this try against Samoa in the Cape Town leg of the series showed this weekend.

When playing against Jordan Conroy, you get an extra man on your side ‍♂️#CapeTown7s pic.twitter.com/2ZyOlFfoAY

He is currently the top try scorer after three rounds of this year's World Rugby Sevens Series with an incredible 11 tries to his name.

Ireland, who are now permanent members of the tour, topped their group in South Africa with wins over Australia and Samoa before a draw with Kenya with Conroy scoring the crucial late try.

Despite Conroy scoring the opening try against Fiji, Ireland ultimately lost out to one of the best proponents of sevens rugby in the Cup Quarter Final but making the last eight will move Ireland up the overall standings.