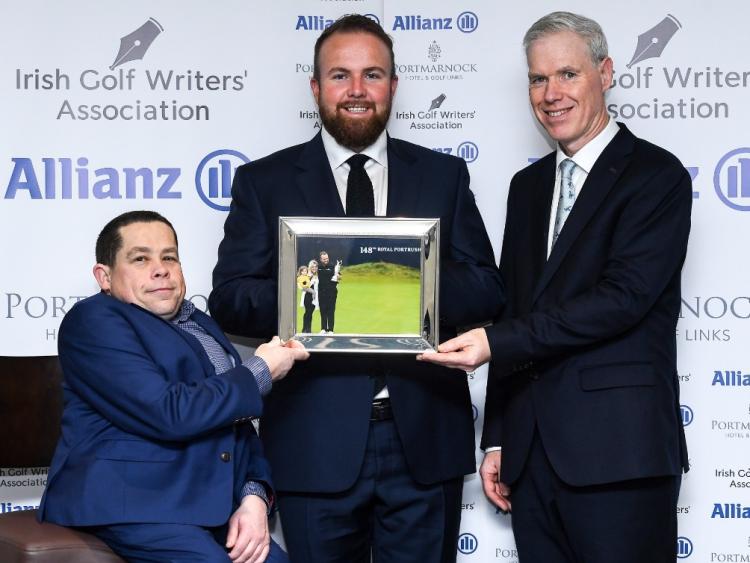 Shane Lowry picks up his award. Photo by Matt Browne/Sportsfile

After and incredible year which saw him win The open Championship in Royal Portrush and come fourth on the Race to Dubai, Shane Lowry has been named as the the Irish Golf Writers’ Association Professional Player of the Year for 2019.

He picked up his award at and event in Portmarnock Hotel & Golf Links in Co Dublin on Thursday night.

He was presented with the Professional Player of the Year award for 2019 by Paul Kelly, Chairman of the Irish Golf Writer’s Association and Peter Kilcullen from Allianz.

It could be a very busy few weeks for the Offaly man who is in the running for a number of other awards including the RTE Sportsperson of the Year which will be announced live on RTÉ One tomorrow, Saturday, 14 December at 9.30pm.