WEATHER ALERT: Forecaster warns of another powerful storm on way for Ireland 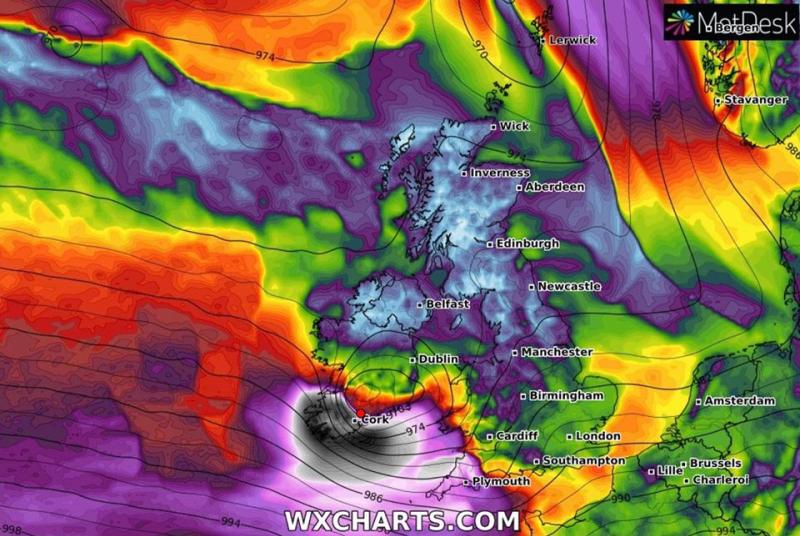 Hot on the heels of Storm Atiyah, a forecaster has warned of the possibility of another powerful storm hitting Ireland later this week.

Weather Alerts Ireland stated this afternoon on Facebook that a powerful storm looks set to hit Ireland on Friday adding that based on latest forecasts, this would bring Red Weather Warnings.

If the storm does hit, it would be named Storm Brendan.

Weather Alerts Ireland says that the developing storm is looking even stronger than Storm Atiyah and wind gusts could be in excess of 140km/h and could reach 150km/h.

Read the full Met Eireann forecast for the wrek