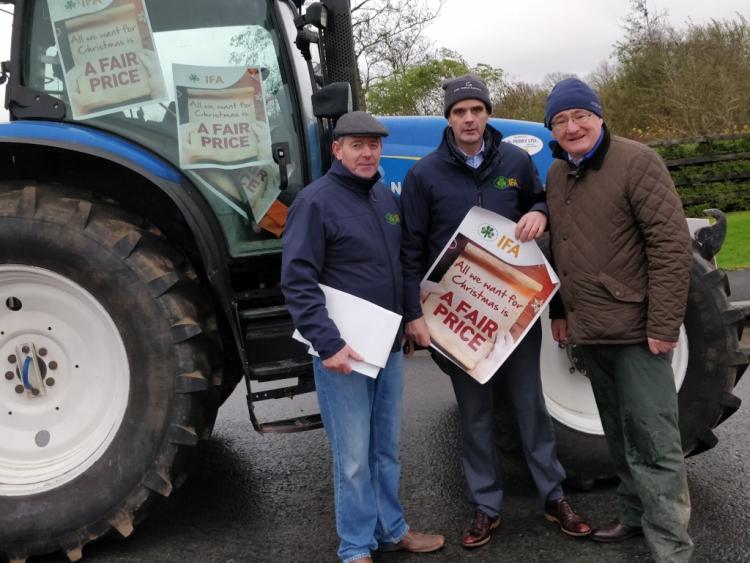 Offaly farmers were among those staging the protest today at the Aldi Distribution Centre in Kildare today.

Twenty trucks trying to get in and out of the large distribution centre were blocked this morning as angry farmers and IFA representatives call on interested parties to address the falling price of beef for Irish farmers.

The farmers are holding up posters saying all they want for Christmas is 'a fair price' for their beef. MORE BELOW PICTURE 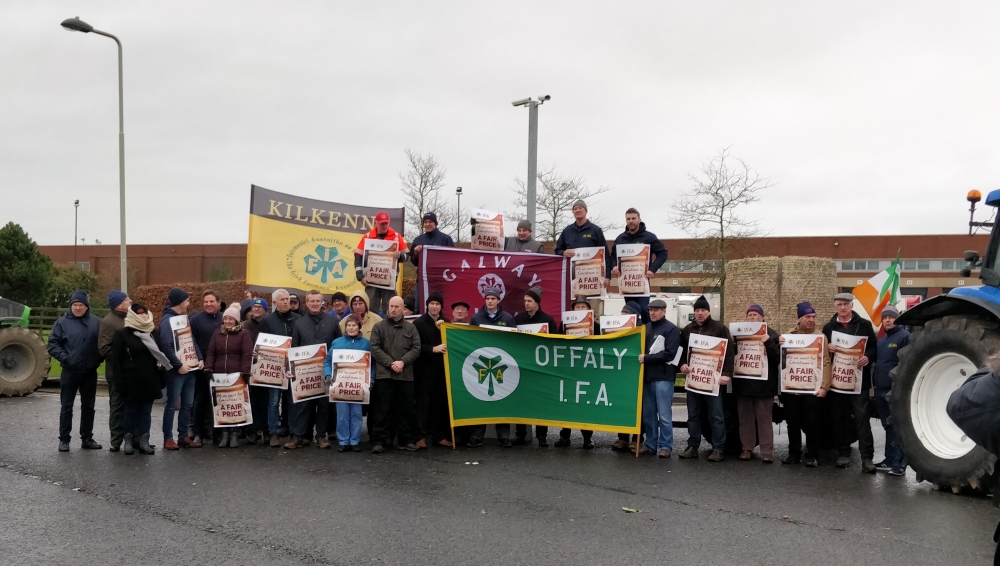 Speaking at the protest, IFA President Joe Healy said that the IFA and the wider community were bitterly disappointed with the failure of a Beef Taskforce meeting earlier this week to reach any positive outcome, that is, to address the shockingly low prices Irish farmers are achieving for their beef per kilo.

“We went into those meetings with a different mindset” he said. “But at the end of the talks, the best they could offer was to relay the message back to government and the meat processors, etc. They didn't need that meeting last Tuesday to get that message.

“All that Irish farmers want is to get an immediate increase, a fair price for their product” he stated. Standing in front of the huge distribution centre outside Naas, the IFA President stated “the retailers have a big role to play in the issue - distributors like Aldi here today."

Mr Healy cited that Irish beef comes in the top five for carbon footprint in Europe.

“We are expected to produce that meat and sell it at 50c below our market competitors. We deal in facts; in the summer, the price difference for farmers in Ireland and those in the UK was significant.

“Two weeks ago, a Bord Bia price index showed we were 45c below our UK competitors, our biggest competitors and the most recent one this week showed a 50c price difference - or the equivalent of €200 per animal. That is simply not acceptable, nor sustainable for the farming community.

“Retailers talk about their corporate responsibility and sustainability but we want the Aldis and the other big retailers to get the message back to the meat factories to increase the prices paid to Irish farmers. All we want is a fair price for our top quality meat products” stated Mr Healy.