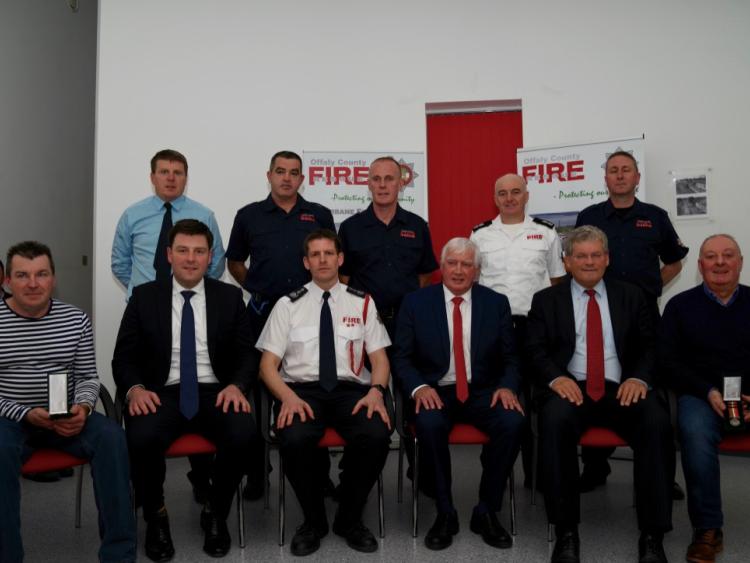 A presentation of 1916 – 2016 commemorative medals to Ferbane firefighters took place on Monday night last, December 2 at the Fire Station in Ferbane.

The issuing of 1916 – 2016 Commemorative medals was a commitment in ‘A Programme for Partnership Government’ for the Defence Forces. The Department of Housing, Planning and Local Government Medals commissioned medals in recognition of the role played by staff working in the Fire Services in relation to the 1916 commemorations.

All Fire Services staff serving in 2016 – a total of 3,800 nationwide - are eligible to receive the medal. Firefighters at Offaly's other stations received their medals late last month.

The medals are awarded to firefighters who served in 2016, to honour the legacy of continued service by the fire service to the state since its foundation. The medals acknowledge the work of the fire services across the country over the past 100 years, as well as the role that the fire brigades played in the 1916 Easter Rising.

The medals have been distributed to 27 local authorities around the country.