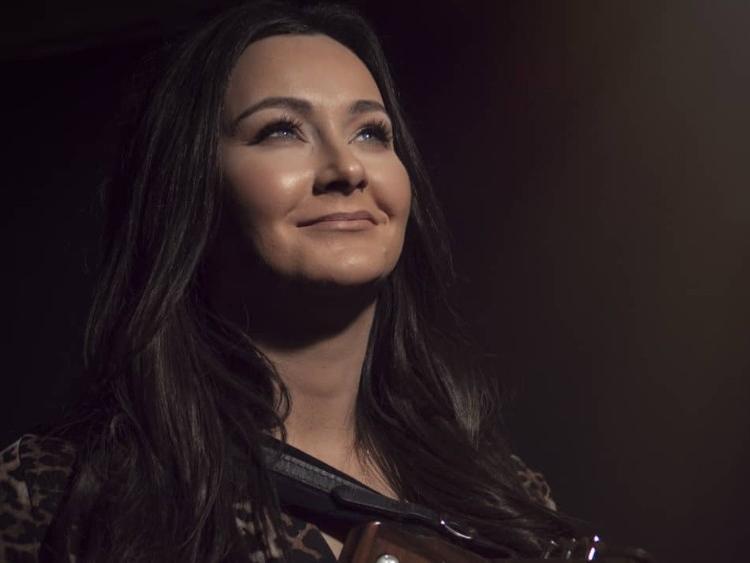 One of Irish country music's biggest and brightest young stars, Offaly's Olivia Douglas, will be part of the show when the genre's man-of-the-moment, Nathan Carter, rolls into the midlands on his Christmas concert tour for a show at the Tullamore Court Hotel on December 15.

Olivia, who was recently crowned Female Vocalist of the Year at the Keltic Country TV Irish Entertainment Awards, has become a regular touring partner of Nathan's over the last year or so. Indeed, as the Ferbane lady's reputation and popularity as continued to soar, she's found herself keeping regular company with many of the Irish country scene's prime movers.

Olivia was also a guest of Derek Ryan during his Ten Tour, and will be one of Mike Denver's special guests on his concert tour at the beginning of 2020.

"The great thing about touring with Nathan is that everyone is always in good form anyway, from the lads in the band to the rest of the crew, and of course, Nathan himself, too. So that side of working on his shows is always a pleasure. And then you have all of the fans who come along to the shows and are so brilliant to perform for as well," Olivia said.

"And that's during a normal part of the year, but around Christmas, the sense of happiness and good feeling becomes even more heightened, and every night is even more fun.

"I was lucky enough to be part of Nathan's Christmas Tour last year as well, and I'm delighted to be back with him this year, too. The show in Tullamore on December 15 is one I've really been looking forward to since I first saw the dates, because that's pretty much a hometown gig for me, being close enough to Ferbane. So hopefully I'll be celebrating Christmas with a few very familiar and very friendly faces that night!"

2019 might well have been the busiest year of Olivia's career to date, but it already looks like 2020 won't waste any time in staking a claim for that particular title. She begins the year as one of the special guests joining Mike Denver on his new concert tour, there's a new single almost ready to hit the airwaves, and a new and much-anticipated album that's in the works, too.

Olivia joins Nathan Carter in the Tullamore Court Hotel on December 15, for what is sure to be one of the musical highlights of this festive season. Tickets are on sale now from hotel reception, 057-934 6666.