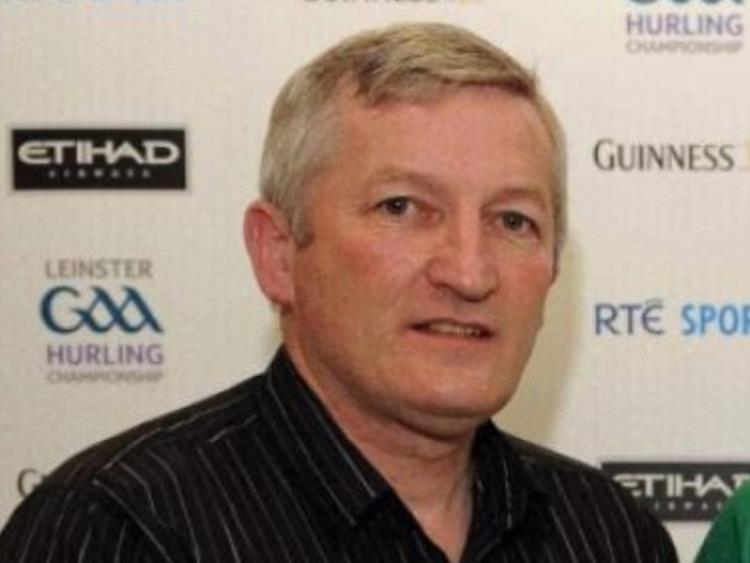 Offaly county board chairman Tommy Byrne has responded to some criticism levelled at him by Midlands 103 commentator Joe Troy this week.

Joe took issue with some of the comments made in relation to him and the running of an Offaly TV streaming service in 2018.

Speaking today in a statement, Mr Byrne said: "Following an interview I conducted recently with The Tribune, a number of statements were made by Joe Troy in relation to Offaly TV that require correction."

Joe said that he "purposely stayed quiet given there is a candidacy battle in Offaly out of respect to both parties. But when our current chairman goes to the media with my name mentioned telling scullorous (sic) lies.”

"I would encourage Joe to read the article again. At no point did I mention Joe’s name. Joe’s involvement with Offaly TV was noted by the journalist who interviewed me.

"Following consultation with Offaly GAA, Offaly TV completed a pilot in 2018 where a few minutes highlights of Offaly club games were posted on the Offaly TV platform. In 2019, without any agreement between the parties, a letter was sent by Offaly TV to clubs requesting a €100 contribution for Offaly TV," Tommy Byrne claimed.

"Clubs contacted me to inform me of the request from Offaly TV.

"In the article, I am correctly quoted as saying 'I picked up the phone and stopped it there and then.' Joe seems to think that I am implying that I rang him. I did not ring Joe and I have never claimed to have rang him.

"When I picked up the phone, I contacted two people. I phoned the person who made the initial contact to Offaly GAA regarding Offaly TV, an individual who happens to be from a neighbouring county. I told him there was no agreement with Offaly GAA to allow Offaly TV to solicit funds from clubs.

"I then contacted the Secretary of Offaly GAA and asked him to inform the clubs that there was no agreement in place with Offaly TV.

Joe Troy had said: "I will ask Tommy when and if we have ever spoken on the phone. Never bar to arrange a practice match years back. You never contacted me. You never emailed me. Again defending myself to lies."

"I am not sure how Joe jumped to the conclusion that the only person I could pick up the phone to was him. I never claimed to have rang him and I would encourage Joe to reread that article if he still has any doubts," Tommy Byrne stated.

"In any committee position, officers make decisions and take actions that are not to everyone’s liking. Having to defend these decisions is part of being on a committee and one which all office holders accept," he continued.

"However, it is extremely difficult to defend oneself against things that never actually happened. Thankfully all of the evidence to support my position, is in the article and I am sure people who look at this from an objective viewpoint will be able to see that for themselves.

"Faithful TV has brought the coverage of club matches to a new level. Viewers have followed their home clubs from all over the globe and our senior finals were live streamed to every continent. Games are also available to the clubs at significantly lower rates than if they had to video them themselves.

"Of course, not everyone will be happy with this development and Joe and the individuals behind Offaly TV may perceive they have lost out. This is regrettable and has obviously been a contributing factor in his recent comments," Tommy claimed.

"In my honest opinion, Offaly hurling has benefited hugely from Joe Troy’s involvement in broadcasting. His knowledge of the game and his insightful commentary has brought huge enjoyment to listeners and it is good to see his work being recognised at national level.

"I do not expect Joe or any journalist to support me in running for the role of chairman. However, as with volunteers who work for any organisation, we are entitled to have the facts presented objectively and truthfully. It is also the least that the GAA people of Offaly are entitled to," the chairman's statement concluded.

Tommy Byrne made no reference to criticism posted by Joe Troy regarding the follow-up to Offaly TV after a pilot scheme. Mr Byrne was quoted as saying "they never came back to us" in reference to contact aimed at bringing the initiative forward in its orginal form. Joe refutes this and claims they did come back through various means to the county board.

Tommy Byrne's statement also makes no comment regarding the far more serious allegation that Joe Troy was approached by a county board representative in the press box at O'Connor Park and told criticising the county board could affect his existing access.