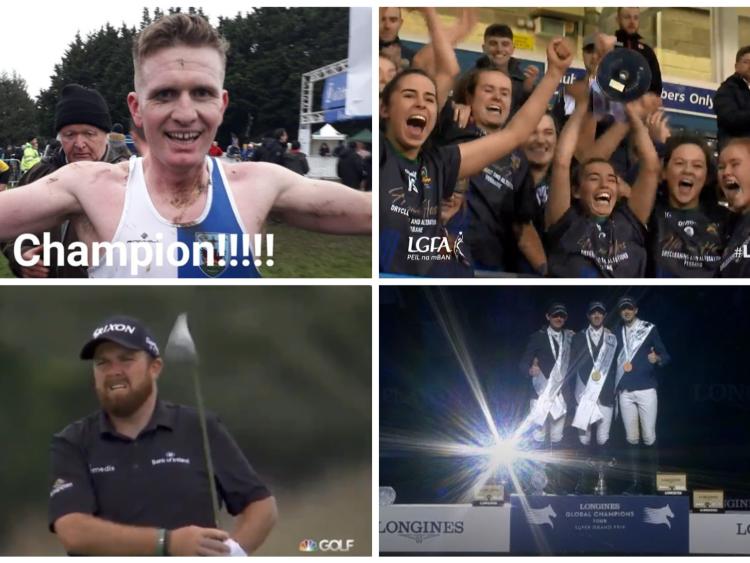 A blistering comeback for All-Ireland glory by the Naomh Ciaran ladies footballers was the crowning moment as Offaly enjoyed great sporting success around the world at the weekend.

The all-conquering West Offaly outfit created history by becoming the first ladies football club from Offaly to land an All-Ireland title as Kate Kenny led them to the All-Ireland Intermediate Club crown at Kingspan Breffni on Saturday.

Trailing by five points with eight minutes remaining they produced a stunning finish to turn the game on its head as substitute Seana Heffernan hit the key goal that launched their revival, while Roisin Egan also made a major impact off the bench in a 2-11 to 2-9 win.

Elsewhere, Offaly's Liam Brady came home as the winner at the National Senior Men's Cross Country Championships on Sunday. The Tullamore Harriers club man ran from the front and held off the field to cross the line in front.

Speaking after the race he said it was a relief to have won the senior medal and he was looking forward to "hanging it up behind the door."

There was also success for Tullamore Harriers in the Junior Women's where Danielle Donegan brought home a silver medal after an excellent run.

The Prague showcase featured the top 18 riders from this season’s Global Champions Tour Grand Prix competitions which took place at venues throughout the globe. Kenny and the 13-year-old stallion kept all the poles standing in the first round but picked up a time fault which left him in fifth place heading into the second round.

Capping the fabulous weekend of sport for the Faithful county was Shane Lowry who finished just outside the top ten at the season-ending DP World Tour Championship in Dubai.

The Offaly golfer shot a second consecutive two under par round to finish on seven under par in a tie for 12th place. He finished off his year with a birdie on the last hole on Sunday.

It all means that he finishes the European Tour season in fourth place in the Race to Dubai after an incredible year which saw him start the year with a win in Abu Dhabi before winning his first Major at the Open Championship in Royal Portrush.

Also adding to the haul was Edenderry's Sara Haghighat who beat Tramore's Sarah Breslin in the Bantamweight Final at the National Elite Boxing Championships. The St Brigid's boxer was hugely impressive in her unanimous victory. Sara is a Canadian champion and her experience was on display as she dominated the three-round bout to claim her first Irish title.

It's fair to say the weekend on November 23/24 will live long in the memory in what has been a momentous year of sport for Offaly athletes.