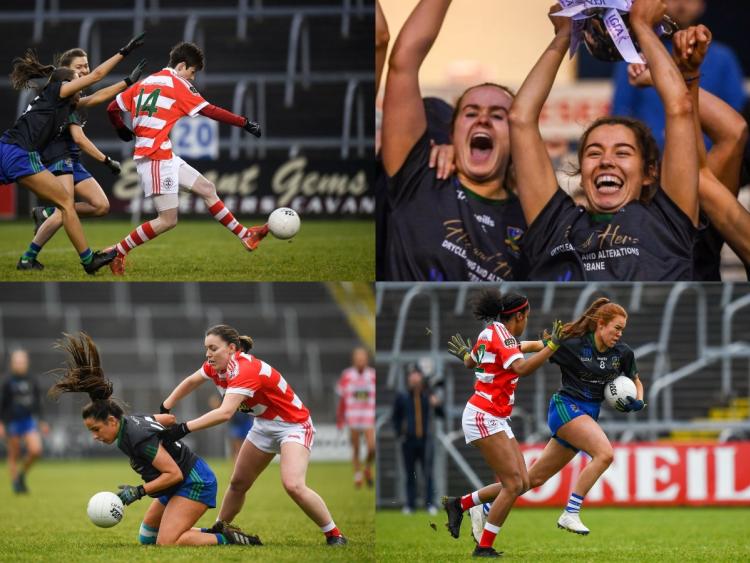 A blistering comeback saw Naomh Ciaran create history by becoming the first ladies football club from Offaly to land an All-Ireland title as Kate Kenny led them to the All-Ireland Intermediate Club crown at Kingspan Breffni.

Trailing by five points with eight minutes remaining they produced a stunning finish to turn the game on its head as substitute Seana Heffernan hit the key goal that launched their revival, while Roisin Egan also made a major impact off the bench.

Kirsty McGuinness was outstanding for the Belfast side and she scored all but three of her side’s tally including a goal in each half, but it wasn’t to be for her side and there were left stunned at full-time.

In a frenetic start youngster Kenny kicked the first of her four first-half points to give Naomh Ciaran the lead on two minutes, but at the other end Kirsty McGuinness hit the net after being set up by her younger sister Caitlin. 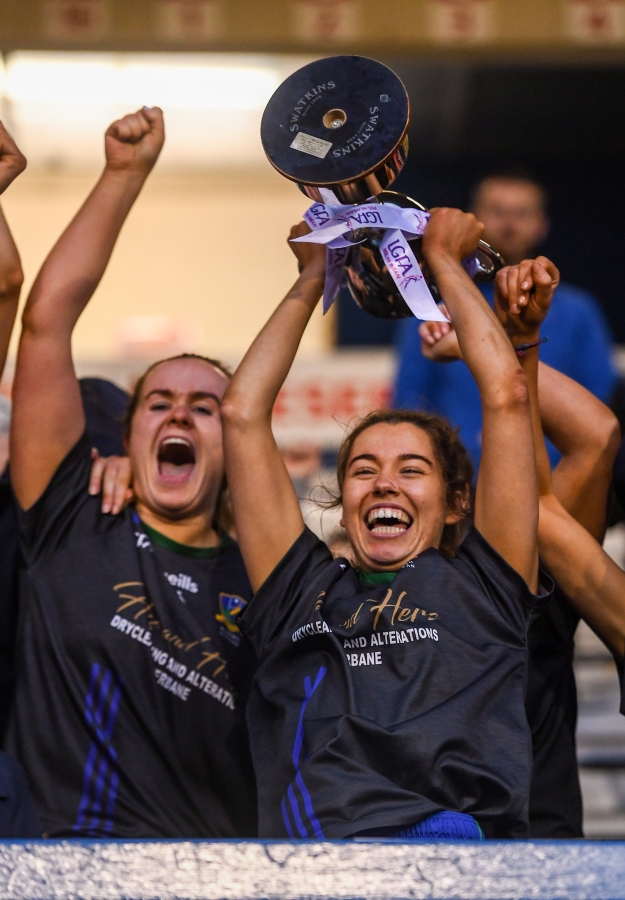 The Offaly girls tried to hit back straight away, but St Paul’s ’keeper Aisling Healy denied Ellee McEvoy with a fine save. A Kenny free and then a goal from Amy Gavin Mangan after a series of quick passes on 13 minutes edged the Offaly side back in front.

The second period began in lightening fashion as Naomh Pól’s took a hold on proceedings. Kirsty McGuinness put them on the front foot with two points, and although Kenny hit back with a fine point it was Kirsty McGuinness who latched onto a long delivery over the top from Tubridy to fire her second goal of the game.

The chances of a Naomh Ciaran win looked slim when Healy denied both Emma Cahill and substitute Roisin Egan as the intensity escalated.

Fionnghuala Rocks and McEvoy traded points as the west Belfast club held a four-point advantage heading into the final quarter of a rip roaring contest, despite the slippery underfoot conditions. Another goal chance went unclaimed for the Leinster champions when Cahill put her effort to the wrong side of the post with 13 minutes left on the clock. Kenny did reduce the deficit but back came the Ulster side with points from Naoishe Burns and Kirsty McGuinness to open up a five-point lead.

That was immediately cut to just the minimum when Heffernan struck for a goal and Kenny added a quick point. Now on the front foot and roared on by their large following, Roisin Egan completed the comeback for Naomh Ciaran to level with just over six minutes left.

Naomh Pól then lost Caitlin McGuinness to the sin bin and Naomh Ciaran took the lead through McEvoy and with a further Kenny converted free they claimed the honours with two points to spare.