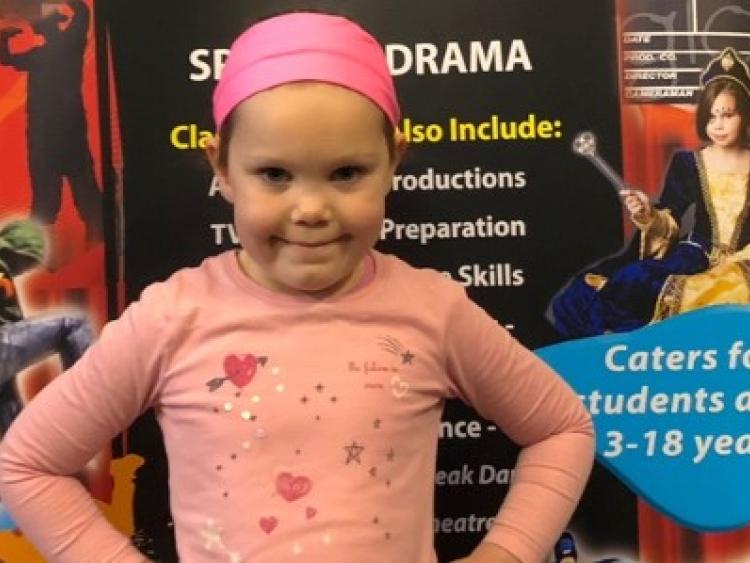 Young Ellie Molloy from Tullamore will be among the young performers to star on this year's RTE Late Late Toy Show on Friday, November 29.

Ellie will be joined by two fellow members of the Midland Drama School and it will be the biggest audience to date - almost one million TV viewers - for the Tullamore five-year-old.

Little Ellie attends the Midland Drama School's studio in Tullamore weekly for drama and ballet classes. She will feature during everyone's favourite part of the Toy Show - the wheeled toys procession.

She will be riding a trike, bike or toy horse and recently rehearsed with the show's host Ryan Tubridy.

"She is a beautiful little girl who melted the hearts of Tubs and the crew in the studio when rehearsing there recently. She is so confident even at such a young age," Lorraine Wynne from Midlands Drama School said.

Ellie will be joined by two other members of the Midland Drama School on the show. Roscrea's Tom Landy, who also travels to Tullamore for classes, has been selected from many who auditioned to sing on the show.

His teacher describes Tom as "the next Micheal Buble" and he has already wowed the Toy show team with his unique voice.

A young Laois boy, Finn Loughnane will have the Toy Show audience in stitches with his talents as a young comedian when he reviews toys.

The Midland Drama School is obviously proud to have such a big representation on the show this year.

School Director, Lorraine Wynne, said: “I was over the moon to receive the call from the toy show for another year. Ellie, Tom and Finn will follow previous successful students from Midland Drama School.

"Elle’s Divas girl band opened the show in 2010 and since then we have had many many toy show demonstrators and solo dancers over the years.

"We have been very lucky to have many of our students featured in the Toy Show for many years and it's been a dream come true and we have memories to treasure," Lorraine concluded.