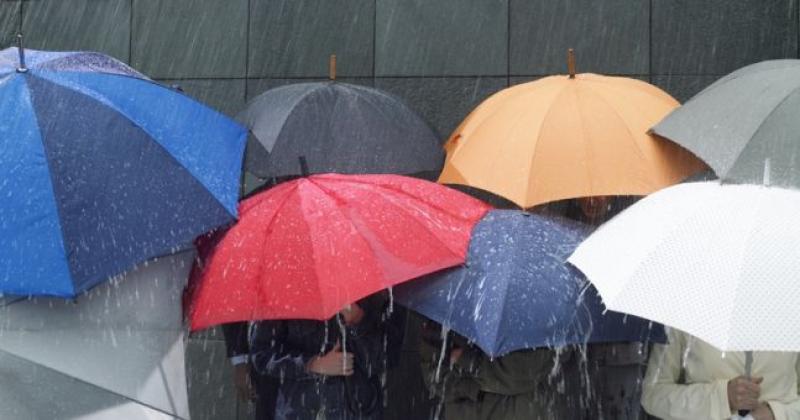 The weather forecast for Ireland for the rest of the week and the weekend is for it to continue unsettled through the end of the week and weekend with some heavy rain at times.

The weather forecast for Friday for Ireland from Met Eireann is for it to continue mostly cloudy, with showers or longer spells of rain, the rain heaviest and most frequent in eastern coastal counties, with a continuing risk of spot flooding. Some dry spells too, mainly in western areas. Top temperatures of 7 to 9 degrees, with light to moderate easterly breezes, fresh on east and north coasts.

Friday night will be mostly cloudy. Early in the night, persistent rain will develop in the east. The rain will become widespread for a time, and will mainly affect the southern half of the country overnight. It will be heaviest in Leinster with a risk of spot flooding. Lowest temperatures of 1 to 5 degrees.

Mostly cloudy with rain in many areas, heaviest in south Leinster & east Munster, with spot flooding The best of the drier periods will be in the northeast & the southwest Top temps of 7 to 10 C Moderate to fresh easterly winds will be strong & gusty on Leinster and Ulster coasts pic.twitter.com/IXYGr5s1FT

The weather forecast for Saturday for Ireland from Met Eireann is for it to be mostly cloudy with outbreaks of showery rain, which will be heaviest over the eastern half of the country. Amounts will be smaller further west with some bright or sunny intervals. Highest temperatures of 7 to 9 degrees with moderate northeast breezes. On Saturday night, rain and drizzle will become light and patchy. Lowest temperatures of 2 to 6 degrees.

According to Met Eireann, Sunday will continue mostly cloudy with dry intervals and some patchy rain in the morning. Through the afternoon and evening, persistent rain will spread from the south and will extend to all areas on Sunday night. It will be heavy in many areas. Highest temperatures of 7 to 10 degrees with moderate easterly breezes.

A nationwide forecast and outlook covering the next week can be found here. https://t.co/9gKN6SVok4 pic.twitter.com/YWTmCyj2p0

Monday will continue mostly cloudy with further outbreaks of rain. Highest temperatures of 8 to 10 degrees with moderate northwest to west winds.

At the moment, Tuesday looks like being mainly dry. But overall the weather for much of next week will be unsettled with rain or showers at times.