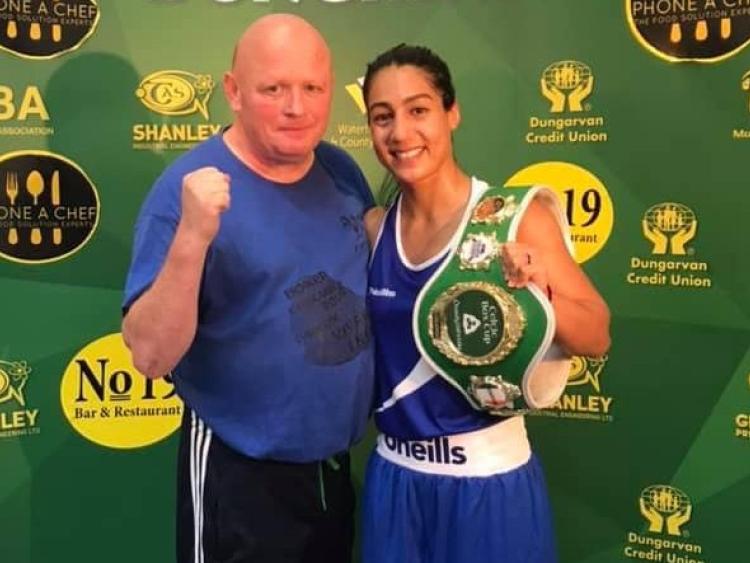 There will be a little bit of history made live on TG4 television this Friday as a talented Canadian boxer fights for Ireland and an Offaly boxing club in the IABA Women’s Irish National Senior Elite Boxing Finals.

Sara Haghighat will fight in the name of the growing St Brigid's Boxing Club in Edenderry when she climbs into the ring for the 54kg final against Tramore's Zara Breslin.

Her route to representing Ireland has been three years in the making, according to her coach, Edenderry man, Liam 'Morley' Brereton.

"Sara is a Canadian champion and started to come to Edenderry for sparring and training with myself and the club. I would have a lot of international female boxers that I work with, including Madeline Angleson and Veronica Lovick."

Morley, a giant of the Offaly and Irish boxing community, explained how Sara liked the set-up at St Brigid's and has been living here for the past two years while boxing at international competitions and going back to box in Canada.

"Sara is married to Irish man Steve Bailey who a boxing coach in Canada, so we sat down last year and Sara decided to box for Ireland," Liam continued.

"They reckoned Edenderry was the best place for her and she is now in the process of getting an Irish passport. She has already won a Celtic Box Cup title and the Netherlands Eindhoven Box Cup for St Brigid’s Edenderry.

You can watch the fight on TG4 television or their online channels on Friday with Sara due in the ring at 11.05pm.