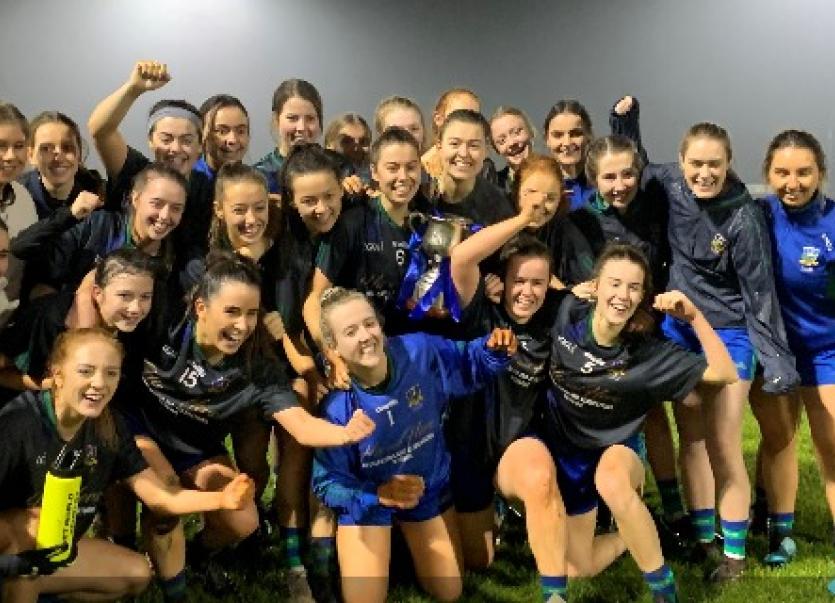 Offaly's all-conquering ladies champions Naomh Ciaran are on the quest for silverware this weekend as they gear up for next weekend’s eagerly-anticipated All-Ireland Intermediate Football final.

Games at senior and junior levels are also down for decision.

On Saturday, November 23, at the Gaelic Grounds in Limerick, Kilkerrin-Clonberne (Galway) and holders Mourneabbey (Cork) go head-to-head for the Senior title at 5pm, a game that will be shown LIVE on TG4.

Earlier in the day, at Breffni Kingspan in Cavan, Naomh Ciaran will tackle Naomh Pól of Antrim for the All-Ireland Intermediate Club crown.

The game, which has a 2.30pm throw-in time, will be streamed LIVE on the LGFA Facebook Page for Faithful fans who cannot make it to Cavan.

Naomh Ciarán will hope to keep the cup in Leinster for the third year in a row, following wins for Clontarf (Dublin) in 2018, and Dunboyne (Meath) a year previously.

The last team from Ulster to lift the All-Ireland Junior crown was Lisnaskea from Fermanagh back in 2011, and a win for St Paul’s would bridge an eight-year gap for the province.

It would be an impressive full circle if Naomh Ciaran were to win the All-Ireland crown for the first time having only come into existence in 2012. At that time, the original club, Ferbane Ladies, formed in 2007, cast its net to neighbouring West Offaly clubs Doon and Shannonbridge.

Their roll of honour as a club already include under 16, minor and junior titles, four league titles, five senior Offaly titles and two Leinster intermediate titles. In 2016, they participated in an all Ireland quarter-final in London.

The ultimate title awaits them on Saturday in Breffni Park.