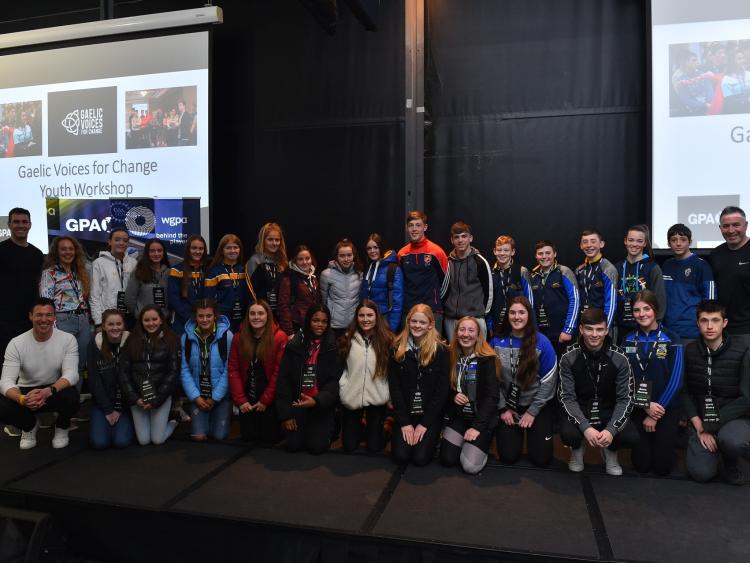 Tullamore among clubs at 'Gaelic Voices for Change' youth workshop

Simi Babatunde, Lauren Mangan and Lauren Kavanagh took part in talks, workshops and panel discussions in an event that was facilitated with the help of Webwise, an organization that promotes the autonomous, effective, and safer use of the internet by young people through a sustained information and awareness strategy targeting parents, teachers, and children themselves with consistent and relevant messages.

The day began with a talk given by An Garda Síochána on the law as it pertains to online behaviour and social media use. That was followed by a presentation by Webwise and then a panel discussion focusing on Sport and Social Media.

Attendees then heard from All-Ireland referee David Gough, Dublin All-Ireland winner Nicole Owens, Louth hurler Gerard Smyth and former Donegal footballer Kevin Cassidy. The day finished with the young players discussing how some of Webwise’s material could be made more relevant to a GAA audience.

Speaking about the event GVFC member and former Dublin footballer Eamonn Fennell said: “As current and former inter-county players we are aware that we are seen as role models to younger players and it’s great to be able to be involved in trying to make their lives easier in any way we can.

"There are huge positives to being online and using social media but there are also watch-outs and that’s what the day was all about; that balance between using social media in a safe and productive way and avoiding and safeguarding against the negative aspects.”

GVFC is a voluntary group composed of current and former inter-county GAA players who are passionate about social leadership and community action. The group is focused on driving positive change of societal issues.