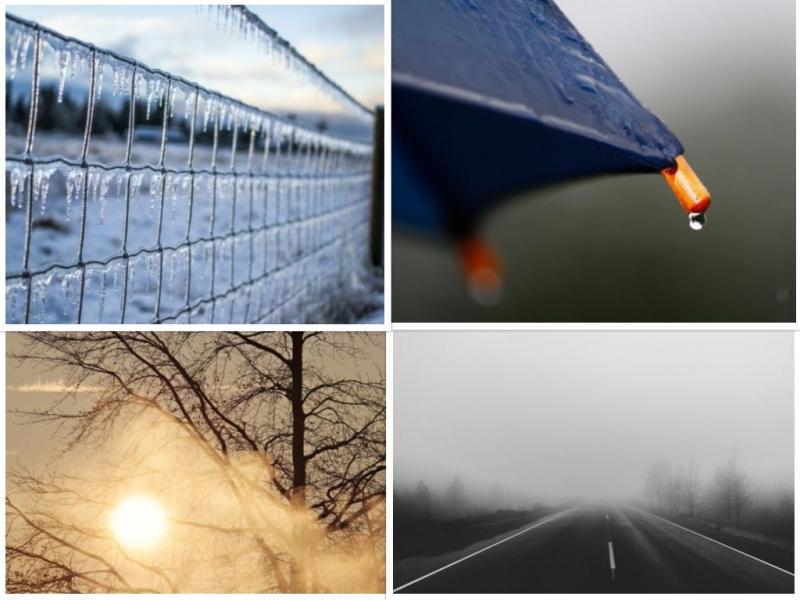 The weather forecast for the coming days from Met Eireann is for it to become milder in the days ahead but it will stay unsettled with rain or showers on most days.

The weather forecast for Ireland for Monday from Met Eireann is for a very cold to start with frost and some freezing fog. A Status Yellow Cold Weather Warning is in place for Sunday night. The fog possibly slow to clear. A dry and bright afternoon will follow in most areas with good sunny spells. Highest temperatures generally 6 to 9 degrees but temperatures possibly a little lower where any fog lingers into the afternoon. Light variable winds will back southeasterly later in the day and freshen along Atlantic coasts.

On Monday night, rain will reach the southwest early in the night and very slowly making its way eastwards, holding dry for much of Leinster and Ulster until morning. Minimum temperatures ranging 2 to 5 degrees in the south and west, but down to zero to -2 degrees in the north and east, coldest over Ulster, with frost forming under some breaks in the cloud. Winds fresh southeasterly.

The weather forecast for Ireland for Tuesday from Met Eireann is for outbreaks of rain over much of the western half country to begin, then the rain will move to the east in the early afternoon. A clearance with sunny spells and isolated showers will follow for Connacht and Munster. Highs of 7 to 10 degrees in fresh south to southeast breezes.

Any remaining rain will clear the northeast coast early Tuesday night, however another area of showery rain will push onto the south coast later in the night. Lowest temperatures over Leinster and Ulster of zero to plus 2 degrees, a little less cold further south and west with minimums of 2 to 4 degrees.

The weather forecast for Ireland for Wednesday from Met Eireann is for a mix of heavy showers and some bright spells. The showers will be quite widespread and may merge into longer spells of rain in places, particularly in the south and east. Max temperatures of 7 to 10 degrees in fresh southeasterly winds. Continuing showery on Wednesday night but not as cold as previous nights with temperatures not falling below 3 or 4 degrees.

The latest weather forecast for Thursday and Friday is for the unsettled conditions continue for the end of the week with low pressure close to or over Ireland. There will be some sunny spells but many areas will see frequent showers. Winds will continue fresh southeasterly with daytime temperatures around average for this time of year, 7 to 10 degrees.