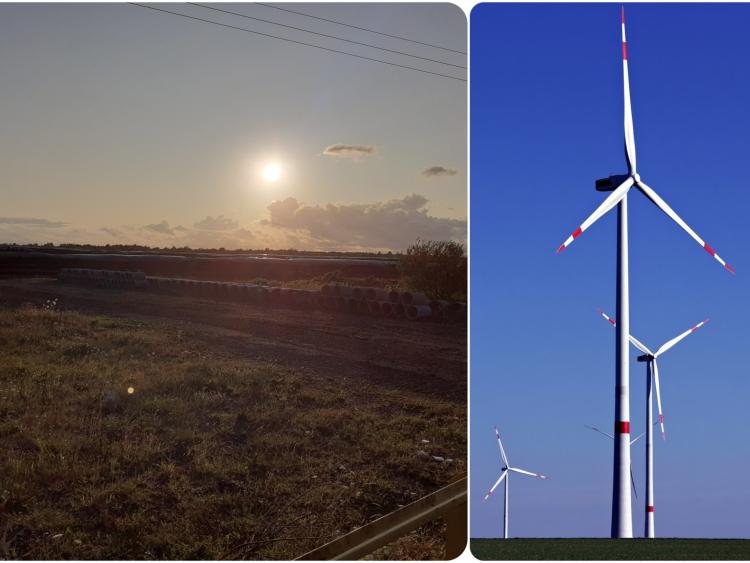 A 30-year plan for wind energy production in Offaly and Kildare has been officially lodged with local authorities in both counties.

The Offaly Express reported the intention of the company to submit such plans back in late October.

Cloncant Renewable Energy Ltd, for which energy giant Statkraft Ireland Ltd is the majority shareholder, has lodged plans with the councils for the immediate construction of nine turbines, eight of which would be located in Offaly.

The other turbine would be located just over the Kildare border near Carbury.

Now, their latest subsidiary, Cloncant Renewable Energy Ltd, is seeking 10-year planning permission with a 30-year operational life for a development on a total site of 63.9 hectares, extending from Edenderry to Carbury and as far as Geashill near Tullamore.

The areas covered by the plan are: Ballykilleen, Shean, Kilcumber, Cloncant, Cushaling, Rathmore, Ballina, Geashill, Ticknevin and Carbury. The area consists of predominantly bogland stretching from the Edenderry to Rathangan road across to the Edenderry to Clonbullogue road and on to Geashill and Carbury on either side.

The development will consist of nine 187-metre high turbines, 30 metres taller than the nearby turbines at Mount Lucas. Eight of these are slated for sites in Offaly.

The plans consist of approximately 4,750 metres of internal access roads and the upgrading of 3,500 of the existing L50062 public road, including the existing bridge.

It also includes provision for a new bridge crossing to allow access between turbine 3 and 4.

Cloncant Renewable also aim to build a 2,950-metre recreational trail, including a carpark, a footbridge over the Figile River, gravel pathways, information boards and an outdoor gym.

The plans also include an off-site electrical substation and a battery energy storage facility, underground electrical cabling, including 1,550 of cables beneath the R401 road which joins Edenderry, Clonbullogue and Rathangan.

The development will also see the erection of a spoil storage area and a permanent meteorological mast up to 110.5 metres high.

During construction, two temporary worker compounds would be erected on the site.

Environmental impact studies have been submitted as part of the plans which are now before Offaly and Kildare County Councils. Decisions are expected in January.