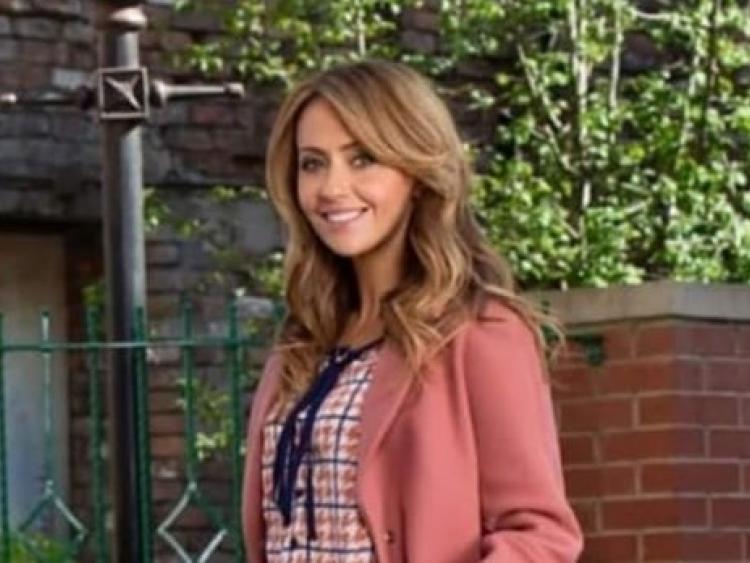 Two Coronation Street stars will be in Tullamore later this month for a fashion fundraiser organised by Guy Clothing and KODE.

Samia Longchambon, who plays Maria, and Mikey North, who plays Gary, will be leaving behind Weatherfield's famous cobbles to strut their stuff alongside a catwalk of celebs and stars - including country music giant Mike Denver and Kerry GAA legend Aidan O'Mahony - in the Bridge House Hotel on November 27.

Two local charities are chosen to benefit from the yearly gala of fashion fun, with all proceeds from the 2019 edition going to Jigsaw and to Offaly Search & Recovery.

Now in its fifth year, 'The Show' is the brainchild of the husband and wife team Anthony and Kara Kearns from Guy Clothing and KODE, both based in Tullamore.

One notable change from previous years is that this time 'The Show' will be a ticket-only event, meaning that all tickets must be purchased beforehand as none will be available on the door on the evening. Tickets are on sale now from KODE and both the Tullamore and the Athlone branch of Guy Clothing.

The evening will also feature a raffle, with a weekend away at one of Mike Denver's renowned country music weekends among the super prizes up for grabs. Tom O'Hanlon Photography will be on hand to capture the night's many smiles and moments of happiness for posterity, while all the models will have their hair expertly attended to by Cheveux Hair Salon, with make-up looked after by the gifted ladies from NAKID by Sharon Leavy.

The Show takes place in the Bridge House Hotel on November 27. Doors open at 7.30pm, show starts at 8pm. Tickets are on sale now, available from Guy Clothing and KODE. M.C. for the evening will be Brian Cunningham.