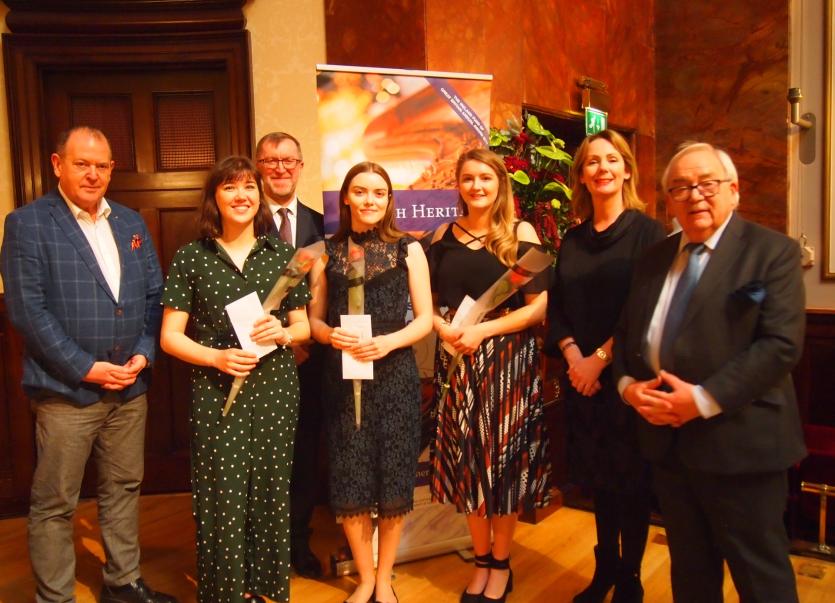 Bursaries with a combined value of over £10,000 were at stake when 12 very talented Irish musicians and singers, including Mollie Wrafter from Tullamore, met in the elegant surroundings of the Wigmore Hall in London on Thursday last, November 7 for the annual Irish Heritage Bursary auditions.

The 12 candidates, who represented music conservatories and colleges from all over Britain, were competing for the Irish Heritage Music Bursary for Performance which is valued at £5,000, the Brackaville Bursary for Vocal Studies valued at £2,500 and the Accompanist Prize for the Blackwater Valley Opera Festival.

In addition to the prize money, the bursaries also involve valuable performance opportunities in London and at the Black Water Valley Opera Festival where all three recipients will perform on May 29, 2020.

Three hours of auditions before a distinguished adjudication panel consisting of Audrey McKenna, founder and Director of the Kingston Academy of Music in Dublin who is also Irish Heritage’s Artistic Adviser for Ireland; Simon Aspell, founder of the Vanburgh Quartet and current teacher at the Royal Irish Academy of Music in Dublin and CIT Cork School of Music, and Dieter Kaegi, co-founder and Artistic Director of the Blackwater Valley Opera Festival and Director General of Theater Orchester
Biel Solothum in Switzerland, resulted in the bursaries being awarded as follows:

Commenting on the candidates and bursary recipients, Audrey McKenna, Chair of the Adjudication Panel, said, “All of the candidates took the opportunity to appear in what is the palace of classical chamber music and delivered enthusiastic and spirited performances that did themselves, their families, teachers and conservatoires justice. As a result we had difficult decisions to make with very little to choose between performers. The three recipients are special talents; we congratulate them and look forward to seeing them perform at Irish Heritage events over the coming months.”