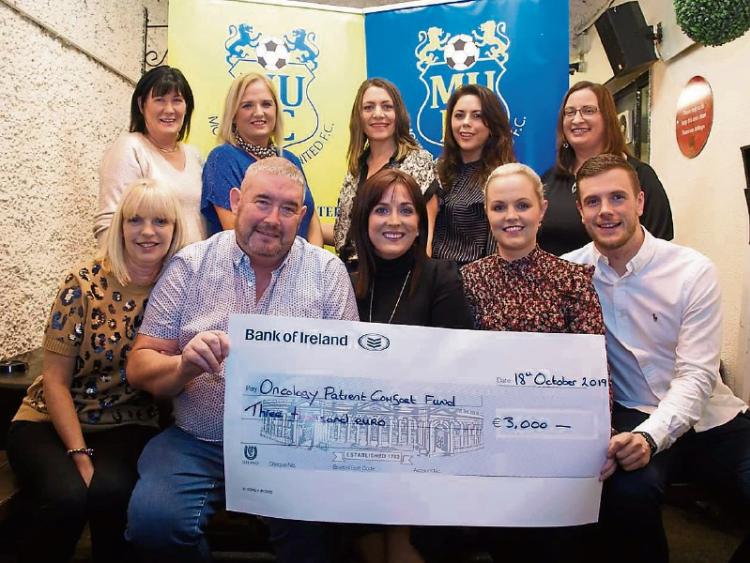 Mountmellick man Sean Dowling and his family hand a cheque to nurses on behalf of Tullamore hospital's patient comfort fund.

Mountmellick man Sean Dowling, who is continuing to defy the odds in battling cancer, has presented a generous cheque to Tullamore Hospital.

Sean has donated €3,000 to the Patient Comfort Fund from money raised by the community last summer to support him in his ongoing trojan fight against terminal cancer.

“The cancer is still getting bigger. But I'm doing well. Two years ago they gave me three months to live,” he said.

Six of the nurses who care for Sean at the hospital came to Mountmellick to formally accept the cheque on Friday, October 18 in Moloney's Bar.

Also at the presentation were Sean's wife Patricia, son Shane and daughter Sandra. 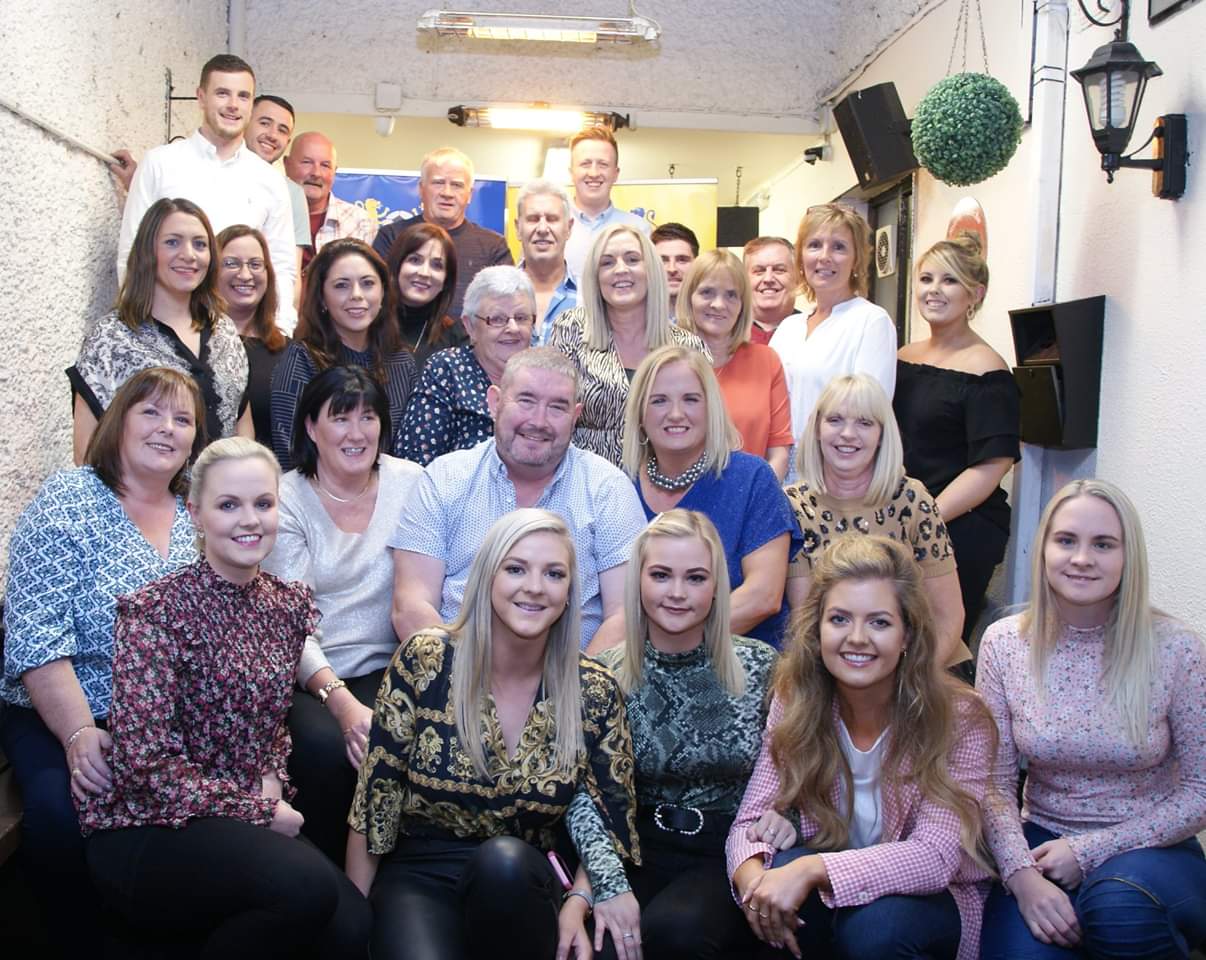 Sean had vowed to give some of the funds raised for him to the hospital.

“The staff there are absolutely fantastic. It is great not to have to go to Dublin, and I get the best of attention. They came from as far as Athlone for the cheque presentation,” he said.

The money is part of the proceeds of a fundraising testimonial match held by Mountmellick United FC for Sean last June and a GoFundMe fundraiser.

The day was a success with a big crowd there in support of Sean, a lifelong member of the club from playing to coaching and refereeing.

“Match day was phenomenal, overwhelming. I was apprehensive that no-one would show up, but I couldn't believe the support, it was humbling,” he said.

It included two former players with Manchester United, while DS Sports donated €10 for every Arsenal jersey printed with the MUFC crest sold.

“I'd like to thank everybody, especially Dwane Feehan who started organising it, and everyone who got involved, and my own family, I can't thank everyone enough,” said Sean.

“The money will go to something to help all the patients,” he said.