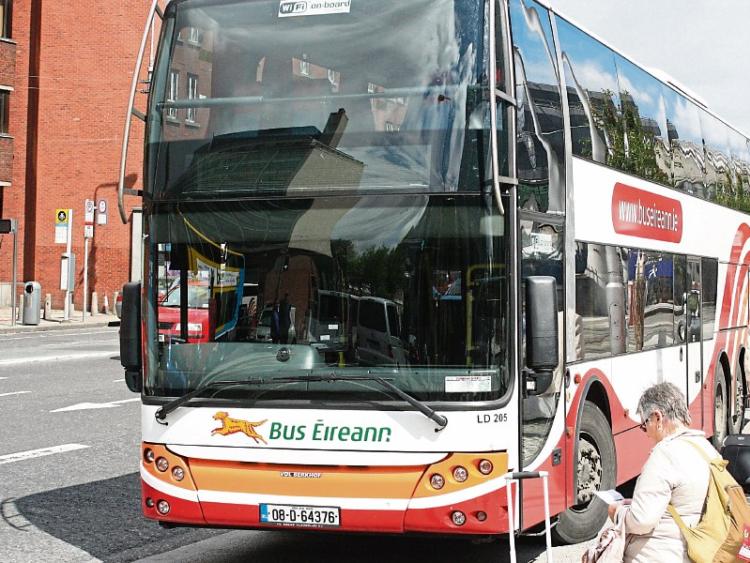 The proposed transfer of services on the N4 Corridor, including the 120 Edenderry to Dublin bus route from Bus Eireann to Go-Ahead Ireland has been delayed until January 19, next.

Cllr Aidan Farrelly said that it had been confirmed to him that confirms this is due to the delay in delivery of new vehicles from the vehicle manufacturer.

Cllr Padraig McEvoy said he was told by the National Transport Authority the transfer of services on the N4 corridor (including Route 120) is due to take place on 19 January, 2020. The NTA told him that “in the interim Bus Éireann have put in place a plan comprising of their own and sub-contractor vehicles which supply the same capacity as at this time last year when there were double-deck coaches deployed on the route.”

Speaking on the issue, Cllr Farrelly said: “Whilst this delay is incredibly frustrating for those passengers who are using these services every day to get to work, school or hospital appointments, I acknowledge the confirmation from Bus Eireann to supply the same capacity to the Route with a mix of their own and sub-contractor vehicles until the transfer. I would question whether this capacity is meeting the need however - people are contacting me every day saying the bus just drove passed them completely full; people are late to or from work, or missing hospital appointments for which they've been waiting months.

He continued: “Such a transfer of services needs to be seamless, people can’t afford any mistakes. So if this delay ultimately delivers a service that meets the capacity issues, and provides a transport utility that the people of Kildare and Offaly can rely on in the long term, I think that’s something we can all get behind.”

On October 24, it was thought the Go Ahead service would begin on December 1.

At that time, Cllr Farrelly said he had been informed that  the first eight journeys of the day will be served by double-decker buses travelling to Dublin, “with the aim of ensuring capacity for the in-demand service.”

A further eight double-deckers buses will operate from Dublin in the late afternoon on weekdays, he said.

Cllr Farrelly said that the people of north Kildare and Offaly had been “consistently let down by this service in recent times, and hopes that assurances from the new operator will be fulfilled.”

Both Cllr Farrelly said previously that reports from many passengers noticed that the double-decker buses that used to operate on this route were discontinued by Bus Eireann, quite often leading to buses being full and leaving many people behind.

Kildare North TD, James Lawless,  said previously he has been contacted by several commuters who are finding it increasingly difficult to find a space on the 120 and get to work or college in Dublin on time.