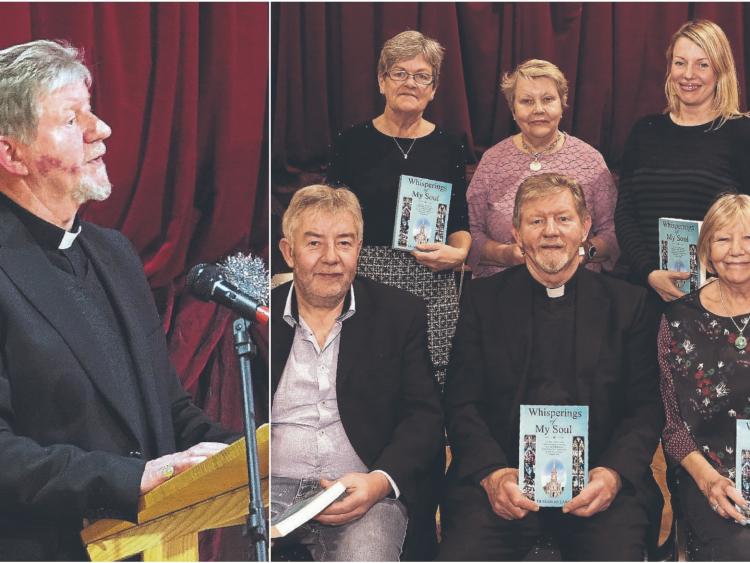 Offaly priest to appear on RTE's Nationwide this week

The Portarlington native will talk about his book, 'Whisperings of my Soul,' which was self-published last December.

Sean recounts the early years of his marriage to his late wife Liz and his two children’s lives before their tragic deaths.

Emotional chapters in the book chart his story from meeting Liz to now visiting his family’s grave every week in Portarlington.

He explains that after he lost all three members of his family he received comfort through many consolations of faith which let him know that his wife and children are close by and watching over him in heaven.

In thanksgiving, he entered a seminary in Rome and has devoted the remainder of his life to God as a Catholic priest.

Fr Sean helps others experiencing grief by sharing the comforting messages he has received from his family in heaven.

Fr Hyland said he is ‘chuffed’ with the feedback from the book and he is now celebrating getting his book into mainstream distribution across the country.

He is happy that the book is having this impact on people and he is in a position to comfort people who have been hit with terrible grief in their lives. In writing the book, he set out to comfort people by sharing the consolations of faith he has experienced.

He appeared on the Late Late Show earlier this year.

You can watch his appearance on Nationwide this Friday, November 8, at 7pm on RTE One.