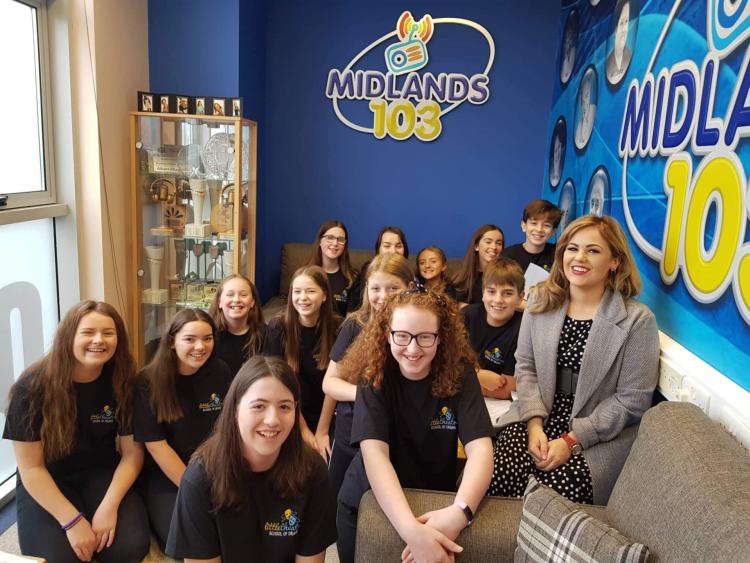 The popular, topical, talk and current affairs programme took a different tack than usual by devoting an entire show to giving Lauren's young students a platform to voice some of the issues that affect them. The huge influx of messages from listeners throughout the hour-long run of performances, some of whom admitted being brought to tears, certainly proved that Liam's judgement in trusting Lauren and her young cast was well placed.

Indeed, from the moment the presenter first broached the idea with Lauren, he was confident that the idea was going to prove successful.

"When I mentioned the possibility of doing a show like this to Lauren for the first time, what I said to her was look, this is kind of the vision I have for what I could see happening. Have a think about it, see if you think we could make it work, and come back to me on it.

"Within about an hour, she was back to me saying she had the first script already written. So with that kind of passion involved, I never had any doubts that this would work. And I can't praise Lauren's students highly enough, either. To come into a radio studio, which is a completely alien environment for most people, and to give such assured performances, they were all fabulous."

The topics tackled by Lauren and her students during the show were poverty, bullying, social media, and blended families. All four scripts came from the pen of Lauren herself, but as she acknowledged during the show, these are topics that are discussed by her and her students in class, so their feelings and opinions were very much to the fore in Lauren's mind while writing each play.

"Well, none of this could have happened without them. These are very much stories that they wanted to tell, and stories that they feel are very relevant to the world they're living in today. And I think, the fact that they showed how well they can convey the different emotions and feelings in each of the scripts, that really shows that they - young people - have a far greater understanding of some very serious issues, more than they sometimes might be given credit for.

"But also, this was about learning how much fun drama can be, and how it can lead you to all kinds of amazing chances, like getting to perform on the radio. And I really want to say a big thank-you to Liam as well, for having the vision to think about doing this with us. We all loved being in with him, and hopefully, it's something that we can look at doing again, too."