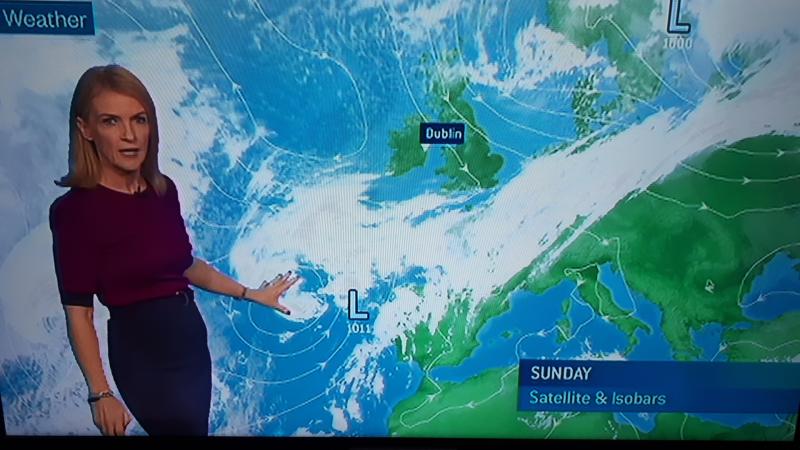 Met Éireann is forecasting that a tropical storm named Pablo could mean Ireland's weather will feature heavy rain and strong winds in the run up to Halloween.

In her Met Éirean weekly farming forecast on RTÉ on Sunday meteorologist Joanna Donnelly said: "something quite interesting is happening".

"Out to the west of Iberia, we see tropical Storm Pablo. It is an intense area of low pressure sending out bands of rain. Over the next few days, it is going to try to track northwards but we have got high pressure through Sunday, Monday and much of Tuesday keeping the remnants of tropical Storm Pablo to the south of us.

"But then, by the middle of the week, it is going to merge with a large area of low pressure and finally start to make progress up across the country into Tuesday night and into Wednesday pushing slowly eastwards during Wednesday with strong winds too.

"Now this is tropical in nature so a lot of moisture in there so some of that rain could be heavy through the midweek period," she said. More below picture. 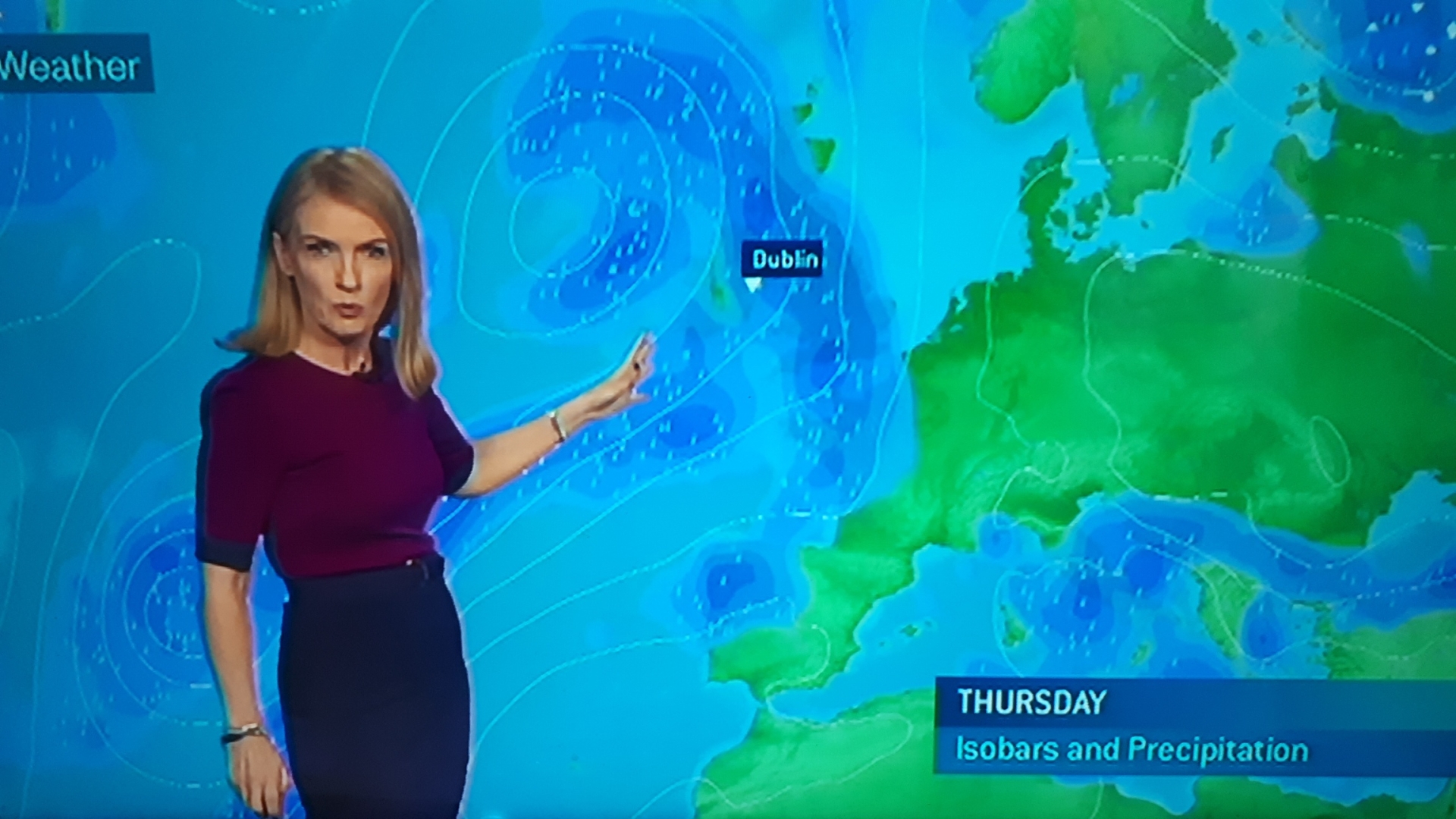 Charts shown be the forecaster show rain could be double the average for much of Leinster particularly from midweek onwards. Some parts Munster will get up to 280% the average rainfall with nearly 70 mm expected. More below picture. 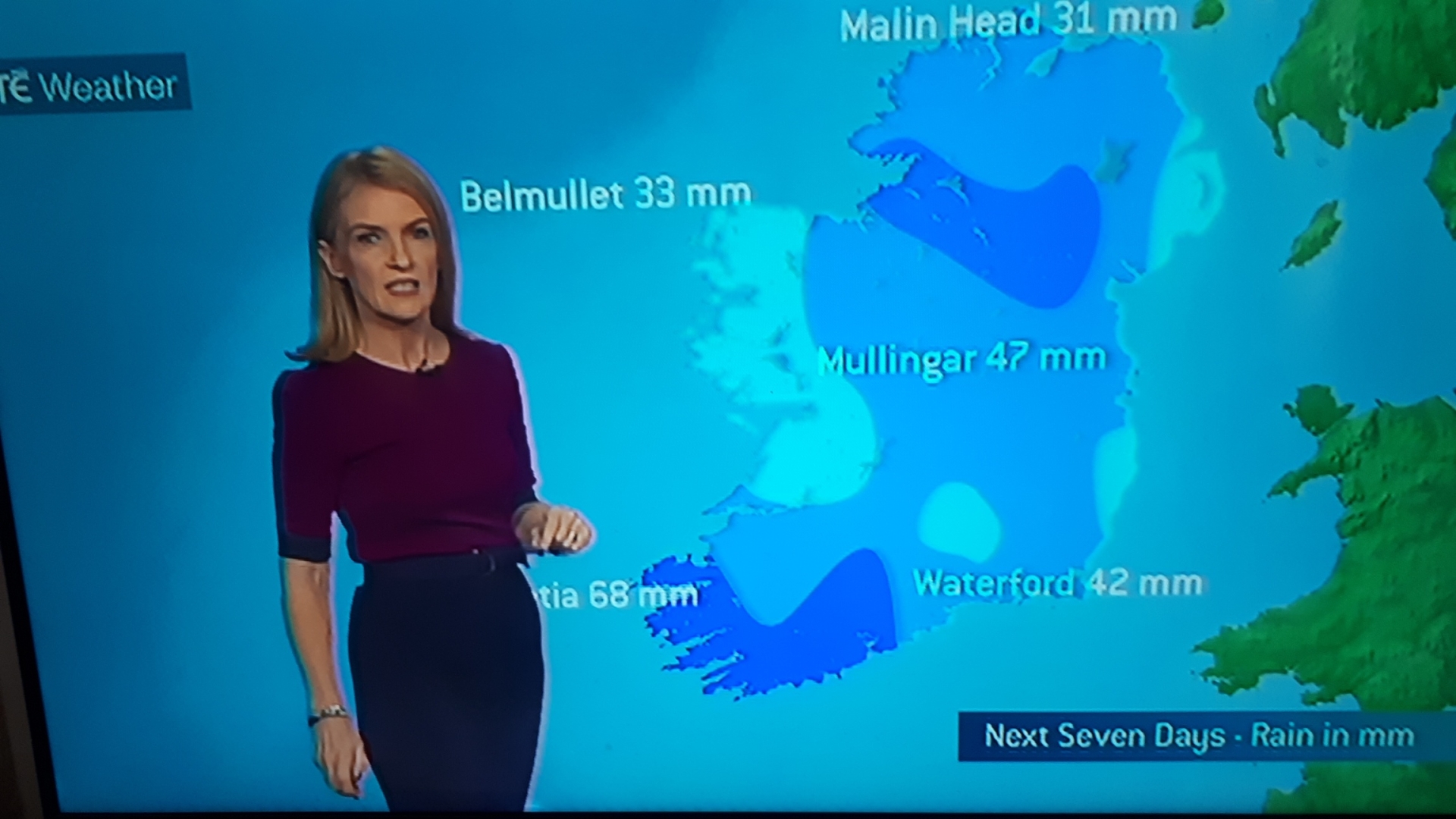 However, the tropical weather will mean mild weather with temperatures reaching 16 degrees.

A nationwide forecast and outlook covering the next week can be found here. https://t.co/9gKN6SVok4 pic.twitter.com/KzA3WonRw6

TODAY - SUNDAY, OCTOBER 27
Dry and sunny in most areas today with moderate northerly breezes. However, there will be a few showers, these mainly in northern and northwestern coastal districts. Highest temperatures of 8 to 11°C.

TONIGHT
Cold and mostly clear tonight with a widespread frost and the risk of icy patches. Some mist and fog inland later too. Lowest temperatures -2 to +3°C.

TOMORROW - MONDAY, OCTOBER 28
Frost and fog will clear on Monday morning to leave a mostly dry day with sunny spells and just isolated showers. However, it will be cloudier in the far south of Munster with the chance of rain along the coast later in the day. Highest temperatures ranging 7 to 10°C in freshening northeasterly winds.

NATIONAL OUTLOOK
MONDAY NIGHT: Most areas will stay dry with clear spells, though some outbreaks of rain may move into parts of the southwest. Cold, with local frost and overnight lows of 0 to 5°C. Easterly breezes will be mostly light, except up along south and east coasts, where they will be a little fresher.

TUESDAY: Many areas should remain dry with sunny spells, and moderate easterly breezes, which will remain fresher along south and east coasts. Outbreaks of rain will begin to feed into the south of Munster in the evening. Similar temperatures to recent days with highs of 9 to 11°C. Wet and breezy weather will extend into remaining parts of Munster and parts of the west overnight. Becoming breezy with lows of 3 to 8°C, coldest under clearer skies in the north.

WEDNESDAY: Wet and rather windy on Wednesday, though starting out dry and bright across much of the midlands and east, with rain slow to arrive to the northeast. Less cool, with highs of 9 to 14°C, mildest across the southern counties though very wet at times here too. Rain will clear the north and east early in the night, but further outbreaks of rain will begin to move in from the west later in the night. Some mist and fog in parts too. Lows of 6 to 11°C, with mostly light southerlies.

THURSDAY: Rather dull with some scattered outbreaks of showery rain. Milder with highs of 11 to 16°C, in light southerlies, with best values across Munster. 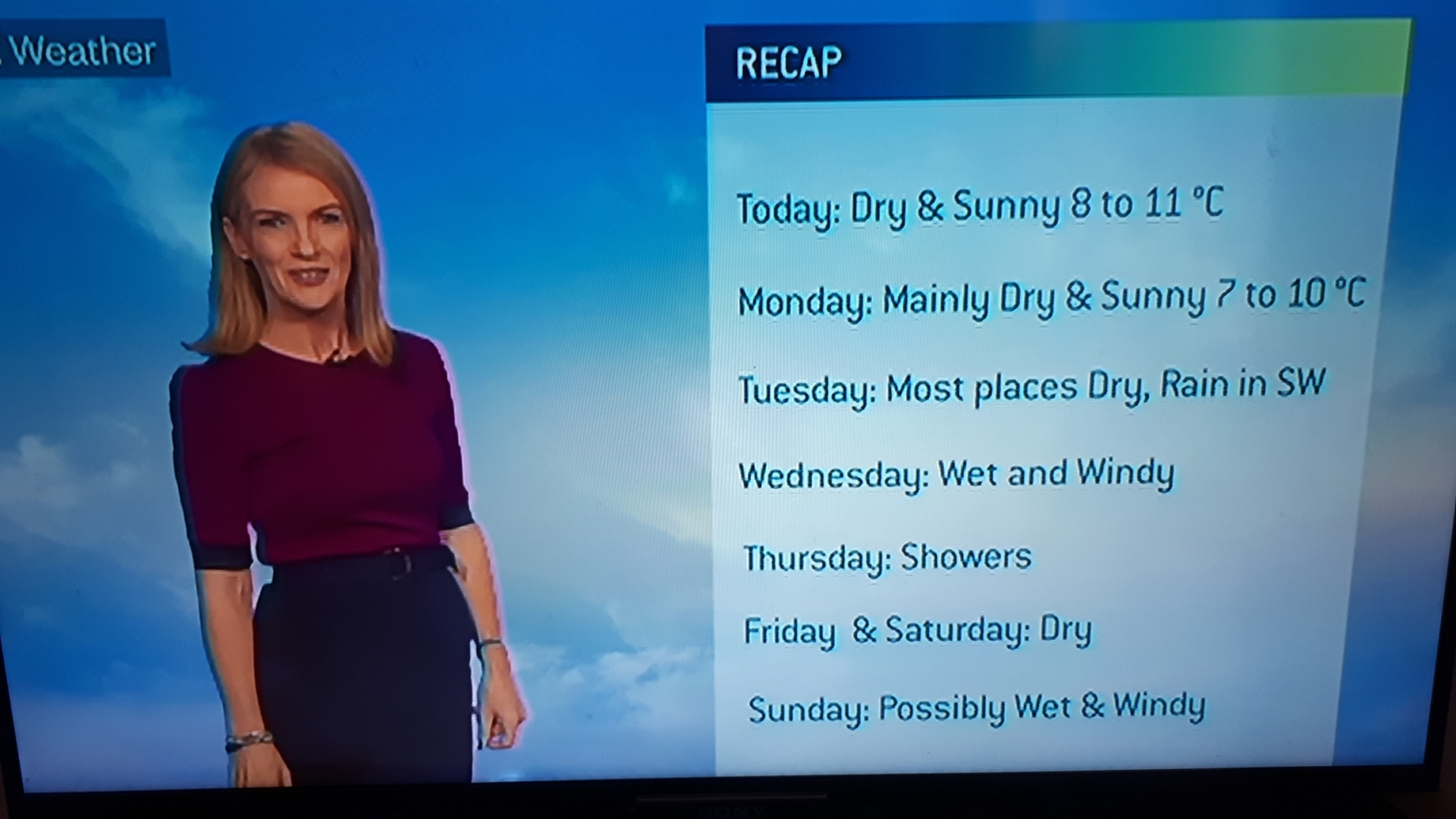