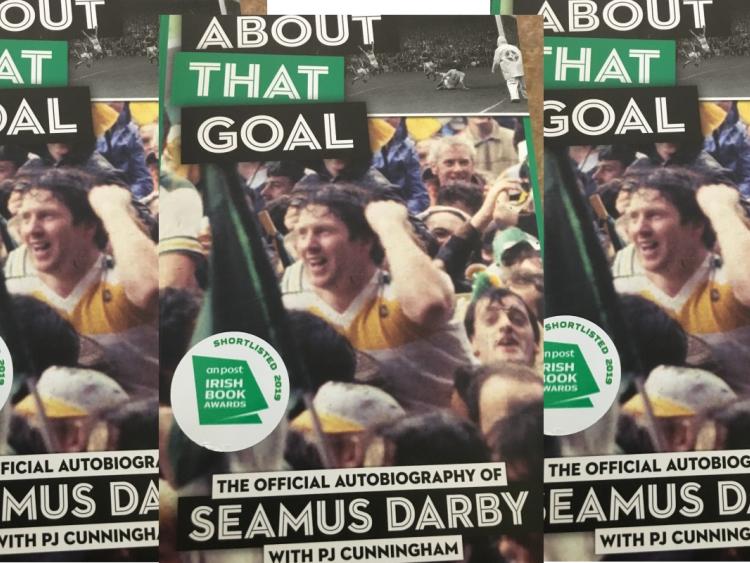 Offaly legend's Seamus Darby’s autobiography ‘About That Goal’ has been shortlisted for the Sports Book Of The Year.

At a launch ceremony in the GPO, the sponsors An Post  revealed the authors nominated across 16 categories, including  Sport, Novel, Short Story and Crime fiction. The winners will be announced at a Gala reception in the Convention Centre on November 20 this year.

‘About That Goal, ’ written by fellow Offaly man  PJ Cunningham, traces the ups and downs of Darby’s life both before and after  his goal-scoring heroics against Kerry in the 1982 All Ireland final.

Despite being forced to emigrate to London  following the collapse of his business and marriage in the late eighties, Darby fought back and returned to Ireland to set up as a publican in Tipperary in the ‘noughties’.

He continued to experience plenty more twists and turns – including a recent battle with prostate cancer.

In his autobiography, the 68-year-old Rhode man also talks of his gratitude after surviving a horror car crash this summer.

· His friendship with Tommy Doyle, his marker in the ’82 All-Ireland final