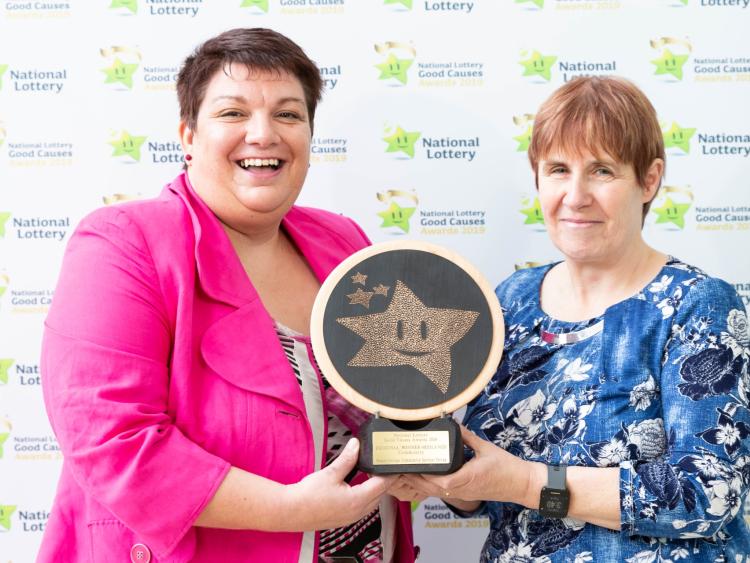 Representatives from the Offaly-based Shannonbridge Community Services Group have presented to the National Lottery Good Causes Awards 2019 judging panel as part of the final process of the competition.

Attention now turns to the awards event which takes place next Saturday, November 2. The judging panel, chaired by broadcaster and businesswoman Norah Casey, recently spent two days in Athlone meeting the 36 finalists from all over Ireland, who each received their trophy for being a national finalist.

Shannonbridge Community Services Group was established in 2003 to seek to improve access to services for people living in the area who would be socially isolated or marginalised, while trying to invigorate the quaint village of Shannonbridge.

Using National Lottery funding the group was able to open a facility for the provision of supports and services which is now very much at the heart of the community. It also enabled the group to expand their services and meet the ever-changing needs of a small rural community with an ageing population. This project will contest the Community category on the night.

The awards have six categories: Sport, Health & Wellbeing, Heritage, Arts & Culture, Community and Youth. A seventh category, Irish Language, will have a special award to be announced on the night at the Awards final, in recognition of outstanding work done in the promotion of the Irish Language.

Each national category winner will receive €10,000 while the overall Good Cause of the Year will get an additional €25,000 on top of this. The winners will be announced at a Gala Awards event in the Clayton Burlington Hotel in Dublin on Saturday 2nd November.

Awards chairperson Norah Casey said the judging panel had an incredibly hard job deciding on the winners for the awards and said: “We were blown away by the 36 presentations. Each of the groups we met are doing amazing work in their communities and were all winners in their own rights. The work that is being done all over Ireland with the help of National Lottery Good Causes funding is truly humbling and outstanding. I wish the representatives from all 36 organisations all the best of luck on the night”

More information on the finalists and the National Lottery Good Causes Awards can be found at www.lottery.ie/goodcausesawards.

Nearly 30 cent in every €1 spent on National Lottery games goes back to Good Causes in the areas of sport, youth, health, welfare, education, arts, heritage and the Irish Language. In total, more than €5.4 Billion has been raised for Good Causes since the National Lottery was established 32 years ago. In 2018 alone, more than €228 million was raised; the equivalent of €620,000 a day in support for local Good Causes in communities across Ireland.