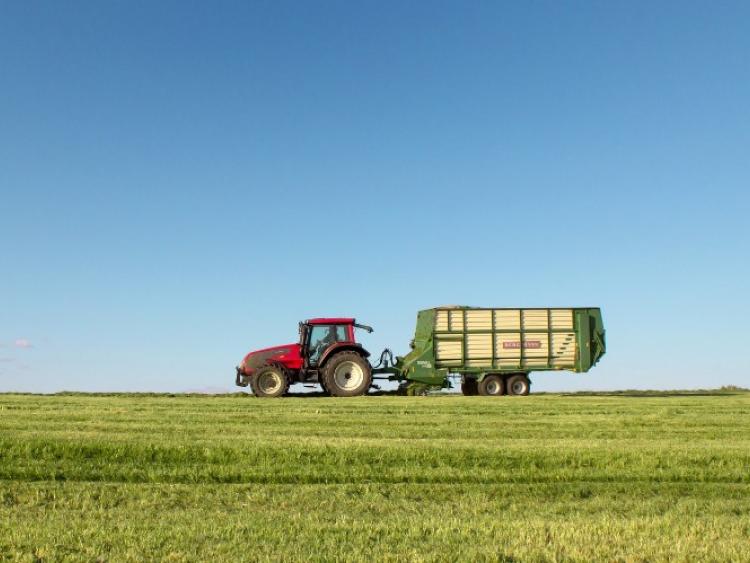 Independent TD Carol Nolan has called on the Minister for Finance. Paschal Donohoe, and the Minister for Agriculture, Michael Creed to immediately re-examine the decision to apply the €6 per tonne carbon tax increase to the use of green diesel which is the primary fuel source used by farm contractors in Ireland.

Deputy Nolan was speaking after the FCI issued a scathing condemnation on the decision which they say is now expected to add a minimum of €0.02/litre to agricultural/green diesel prices from May 2020.

“As I understand it from the FCI, the grass silage harvest, pit silage and baled silage accounts for consumption of upwards of 214 million litres of diesel annually," Deputy Nolan stated.

"This amount accounts for close to 61% of the total annual fuel consumption by farm contractors in Ireland.

"It is also deeply alarming to note that the FCI view that this move will force them to increase all contractor charges to Irish farmers for 2020 by 5%.

"This is a lose-lose scenario for everyone concerned and it must be reconsidered. Rebate on fuel must be a key component in terms of maintaining financial viability for all sectors that cannot operate without it," Carol continued.

"On a related matter, I would also say to the Ministers that they should avoid even contemplating the removal of the fuel rebate for the hauliers in light of the comments made by one Dáil Deputy this week.

"During statements on the Finance Bill, Deputy Paul Murphy described the fuel rebate as inherently unfair and said the money should be used instead to grow the transfer of goods by rail.

"This kind of thinking, while it certainly has some role to play, is simply unsustainable at present and if implemented would have a devastating impact on the hauliers which would also adversely affect rural Ireland," concluded Deputy Nolan.