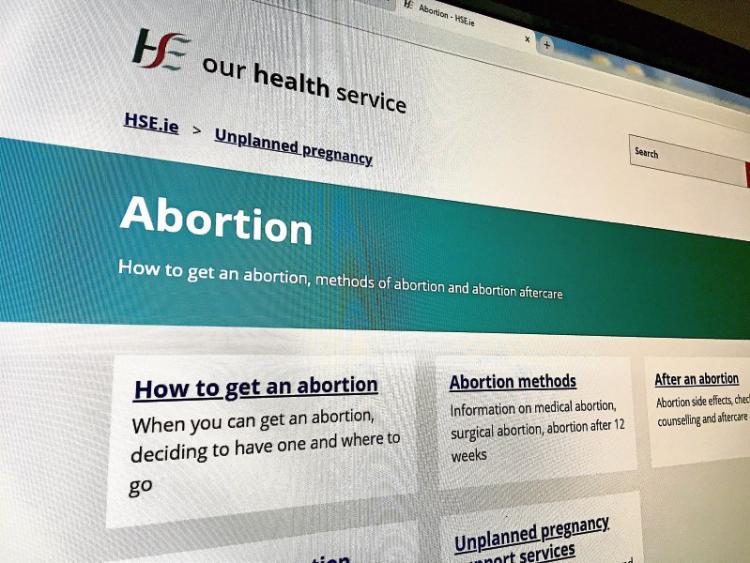 There was some heated discussion at the October meeting of Offaly County Council on Monday when Cllr John Leahy brought a motion on pain relief for aborted babies to the chamber.

Cllr Leahy, the former leader of Renua, opposed the repealing of the Eighth Amendment in 2018.

His motion on Monday stated: "That Offaly County Council calls on Dail Éireann to legislate to ensure that pain relief can be administered for the termination of birth to avoid unnecessary pain and suffering."

In an unusual move, Cllr Ken Smollen seconded the motion but quickly pointed out that he was only doing so because he felt it was "important it is pointed out here why a motion of this nature should not be brought to a chamber like this."

The first to speak on the motion was Cllr Clare Claffey who campaigned to repeal the Eighth Amendment last year. "This motion implies the foetus can feel pain while there are studies that state otherwise," Cllr Claffey stated.

"A situation like this is between a woman and her doctor in a GP setting and we must trust doctors to do their job. Why is he [Cllr Leahy] not asking for the same motion to apply to miscarriages or ectopic pregnancies?"

She described the tabling of the motion as a "political stunt," adding, "we have repealed the Eighth Amendment but the quest for fair, local and safe abortion goes on."

Cllr Claffey then tabled a countermotion that Offaly County Council acknowledges the Eighth Amendment referendum result and that the administering of drugs is a medical issue.

Cllr Leahy responded by saying he "brought this motion in good faith."

"I led a pro-life party for three years. I respect the result of the referendum - I don't like it, but I respect it - I just want pain relief," he added.

Cllr Sean O'Brien agreed with Cllr Claffey and urged Cllr Leahy to respect the referendum result. "We have no function in this profession. To suggest medical people don't know how to do their work is total nonsence."

Cllr Eamon Dooley said: "The referendum is over. That's it. I imagine my grouping - the Fianna Fáil grouping - will be abstaining from this motion."

Cllr John Clendennen spoke to confirm that the Fine Gael group in the chamber would also be abstaining. "We need to be careful about the motions we bring here. We have to respect democracy. We shouldn't, as councillors, be getting involved in the administering of drugs."

There was then considerable confusion and anger in the chamber when Cllr Ken Smollen spoke to say that he would now be abstaining from the motion he had earlier seconded. He once again said he had done so solely to allow discussion and for it to be pointed out that such motions should not be brought to the council chamber.

Cllr Eamon Dooley quipped: "You can't second a motion and then withdraw it after the discussion has taken place."

Cathaoirleach Peter Ormond then discussed the regulations of the council with members of management before asking for a show of hands to decide the motion by vote, pointing out that Fianna Fail and Fine Gael had already indicated their intention to abstain.

Cllr Leahy was the only councillor to vote in favour of his own motion was defeated. Cllrs Clare Claffey, Pippa Hackett and Sean O'Brien voted in favour of Cllr Claffey's counter-motion.