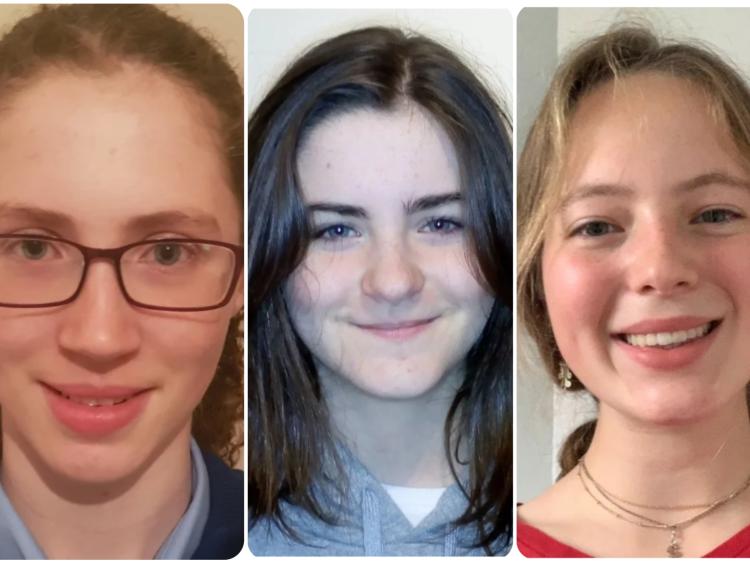 Three Offaly young people will be among 157 delegates participating in the RTÉ Youth Assembly on Climate in Dáil Eireann on November 15.

Young people from across the Republic of Ireland applied online to take one of 157 seats in Dáil Eireann for the specially convened Youth Assembly.

The delegates aged between 10 and 17 years of age, had information days in Dublin and Cork, with other gatherings taking place in Sligo, Cork and Galway in the coming days. The Youth Assembly, which will be at the heart of RTÉ on Climate week, will see the delegates focus and debate on the following themes; environment, economics, food and farming, power and education.

Gráinne Malone from Banagher, Jean Carson from Tullamore and Ferbane's Ava Grace Egan will all take part and have their voices heard at the historic assembly.

Jean Carson said: "I am a big believer that it is now or never to do something to stop climate change, however I feel that we do a lot of talking but don't take nearly enough action, and the infrastructure isn't there to support individuals taking action. I wanted to get involved because I think this is a great opportunity for young people to voice their concerns in a formal way to those in power."

Ava Grace Egan added: "I’ve been passionate about climate change since I heard how badly it was affecting us, through teachers in school and then through climate activist Greta Thunberg. Since then, I’ve helped organise two climate strikes in my school and spoken publicly at both of them. I think climate change is the most important challenge humanity has ever faced, but not enough is being done about it, so I want to help do something about it."

Gráinne Malone commented: "In Paris in March 2019, I joined thousands of my peers on a strike for climate change. It was a powerful experience that motivated me to start acting on what I believe. I believe every one of us can make a difference. I am incredibly excited to be part of this project and to continue voicing the changes we need to make in our lives for the future of our planet."

Pauline MacNamara Executive Producer, RTÉ on Climate - Youth Assembly said: “From almost 1,000 excellent applications the judges have drawn together an outstanding group of young people to convene the Youth Assembly on Climate. The 157 delegates announced today have shown remarkable commitment to climate action and creativity in their approach to finding solutions. We hope the public - and especially their schoolmates - will get behind them.”

RTÉ in association with the Houses of the Oireachtas, will host the Youth Assembly in recognition of the leadership of young people in highlighting climate issues and in the context of the centenary of the first Dáil.

The day will see the 157 young people from 10 to 17 years of age from across Ireland with strong views on how Ireland needs to address the climate crisis. This number reflects the current number of TDs in Dáil Éireann and proceedings on the day will be chaired by Ceann Comhairle Seán Ó Fearghaíl.

The delegates gathered from across Ireland will convene in Leinster House on Friday, November 15 to establish their urgent next steps for Ireland and present them to the nation live from the Dáil Chamber on RTÉ News Now and Oireachtas TV.

The Youth Assembly is a key part of RTÉ on Climate which will put a focus on the climate crisis across TV, radio and online and explore what this means for Ireland and potential solutions.