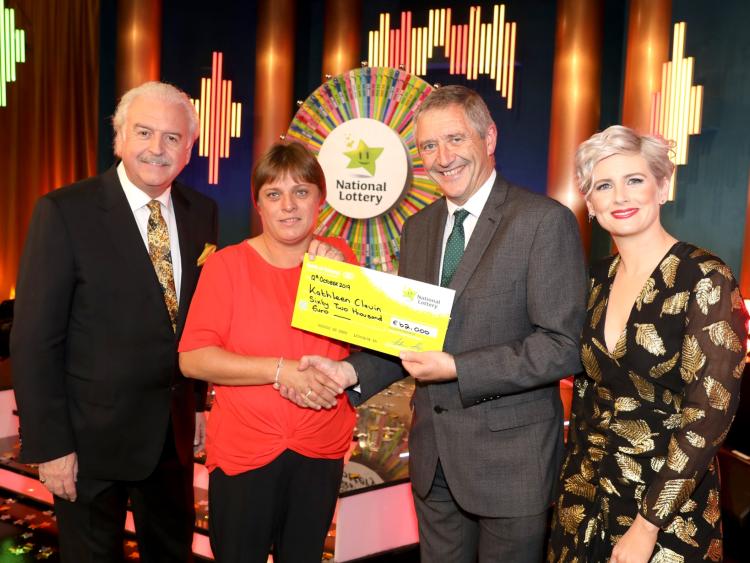 A delivery driver from Westmeath, now living in Offaly, won a total of €62,000 on Winning Streak last Saturday, October 12, on RTÉ One.

Kathleen Clavin from Moate, Co Westmeath, but now living in Tullamore, enjoyed an incredible time on the show, an appearance that came as a huge shock.

Last Saturday evening Kathleen found out she was going to be on this week’s show while at work in her car, where she does deliveries for as local Chinese takeaway. The call came through from her mum but Kathleen thought it was a practical joke. When she hung up she saw a few missed calls on her phone from other people who were also congratulating her.

The penny dropped for Kathleen that this was no elaborate joke! Kathleen delivers for the Village Chinese takeaway on Church Street in Tullamore. She has lived in Tullamore for the past eight years having moved from her hometown of Moate in Westmeath.

Kathleen has been overwhelmed with the good wishes from all her friends and neighbours from Tullamore to Moate and said spinning the wheel was a dream come true. There was a good mix supporters who came from both towns to cheer her on Saturday including her mum Betty, her brother Michael and her sister Eileen and her niece, Shannon.

With any winnings from the show, Kathleen would like to go on holiday and get some sun on her face as the cold sets in and cites Lanzarote as her desired holiday location.

The National Lottery Winning Streak game show is co-presented by Marty Whelan and Sinead Kennedy and features some perennial favourite games including Play or Pay, Roll for Riches, WinFall and Electric Dream – where one player will win an electric car worth €25,000.