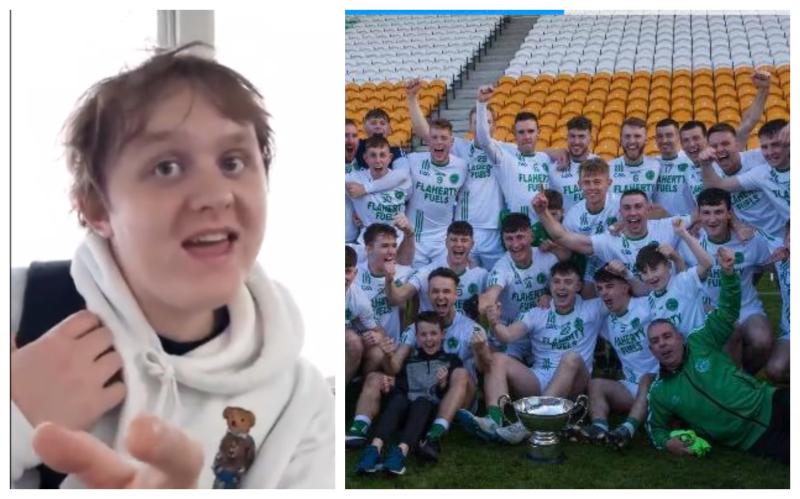 Keeping up his reputation as the soundest man in showbusiness, Scottish singing sensation Lewis Capaldi has passed on his congratulations to Ferbane on their Offaly Senior Football Championship win at the weekend.

The 'Someone You Loved' singer also congratulated the Naomh Ciaran ladies after their Leinster semi-final win at the weekend.

Shoutout to @NaomhCiaranLGFA and @ferbanegaa on their wins this weekend from myself and my good pal @LewisCapaldi on our way back to sunny Glasgow HON THE TOWN pic.twitter.com/yLz4DF8kTA

Speaking to local woman Gráinne Kenny before boarding a flight to Glasgow, Lewis said congratulations to both teams, although it's fair to say he struggled with the pronunciation of Naomh Ciaran.

The congratulations were certainly warranted after both teams made a bit of history at the weekend.

Ferbane ended a 25-year wait for an Offaly county success by beating Rhode in the senior final by 2-13 to 0-14 in O'Connor Park.

Naomh Ciaran Ladies progressed to the Leinster Final after defeating Shelmalier from Wexford in the Leinster intermediate semi-final on a convincing 4-14 to 1-13 scoreline.