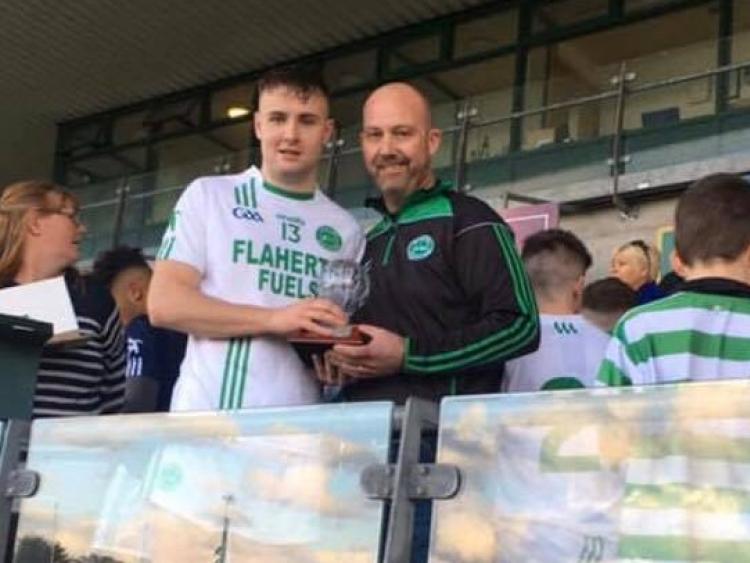 The stat that proves Ferbane's Cian Johnson is an absolute baller

Just in case there was any doubt...

Cian Johnson was once again the scoring hero for Ferbane as they ended 25 years of hurt to claim the Offaly Senior Football Championship on Sunday evening in O'Connor Park.

The dynamic forward turned the game on its head with two outstanding goals in the second half when it looked like Rhode had once again wrestled the Dowling Cup from their grasp.

Read also: 'The Boy Who Would Be King' – Cian Johnson's February 2018 interview with the Offaly Express

However, most impressive of all are his championship knockout scoring stats, revealed on Twitter by teammate, Colin Egan.

Writing on Twitter, Egan revealed that Johnson had not hit a wide in the knockout phase of the Offaly championship this year.

"Not one wide in knockout football! That’s a forward! Believe the hype, people," Egan continued.

Cian Johnson has long been mooted as the county's rising star and having briefly played senior for his county under Stephen Wallace in early 2018, he was put back into U20 owing to an Offaly GAA rule.

The rule stipulated that any player eligible for U20 had to play U20 until they were no longer eligible, unlike other counties where players could play at senior and not U20 if deemed good enough.

Johnson was deemed good enough but was hamstrung by the rules, but he is now eligible to play senior intercounty football and John Maughan has already confirmed he is in the panel for 2020.

The county team returns to training in November ahead of the 2020 Allianz Football League and there is no doubt John Maughan will be relishing the prospect of Cian Johnson in one of the corner-forward slots next year!