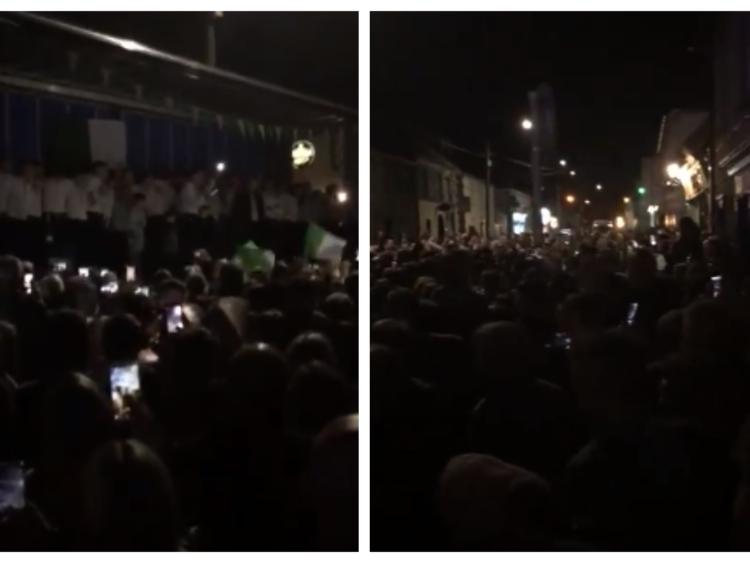 There were jubilant scenes in Ferbane on Sunday night as their county final winning team returned to a hero's welcome.

They bridged a 25-year gap to lift the Dowling Cup aloft in O'Connor Park, beating county kingpins Rhode in the final.

The celebrations began in the stadium and continued in Ferbane as star forward Joe Maher led the sing-song on the victory truck.

He sang the 'Green Fields Around Ferbane' to the packed streets, and for those Ferbane faithful, it never sounded so good.

25 years waiting, no matter where you are in the world, if you have any tie to @ferbanegaa this will make the hairs stand on end, some singing by @Offaly_GAA senior player of the year in waiting @joemaher94 pic.twitter.com/CjRF7Q8Fyx