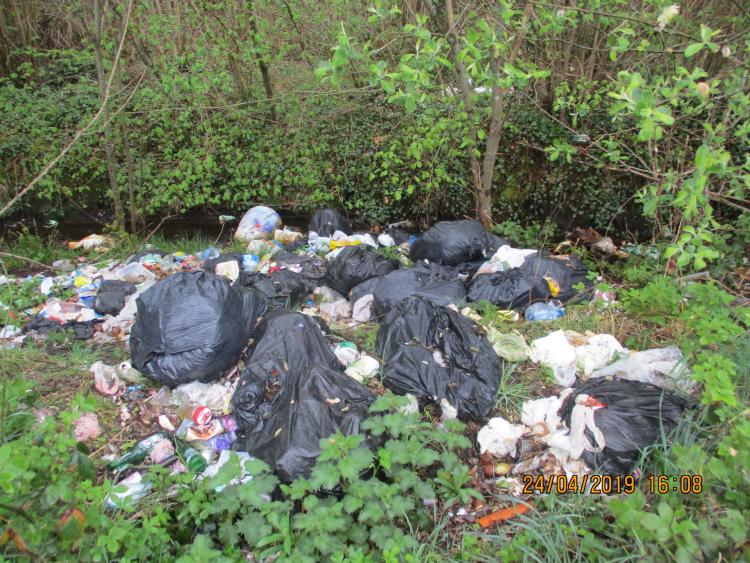 A man described by Offaly County Council as a "serial dumper" has been handed a prison sentence after failing to turn up to court.

Offaly's Environment & Water Services took action against an individual for illegal dumping and the case was heard in Athlone  District Court on Friday, October 4.

OCC has taken seven prosecutions against the same individual, some of which are ongoing.

"There has been a huge amount of time, resources and administration spent on this pursuing this individual," the council said.

"In our most recent case on Friday in Athlone Court, the defendant failed to appear following the execution of a bench warrant. The Judge, clearly intolerant of illegal dumping and time-wasting, imposed an 8-week prison sentence. The defendant is due in court at the end of the month for another case of illegal dumping," a spokesperson said.

They continued: "This highlights that both the public and the council will not accept the blight on its countryside by irresponsible individuals and will take action to combat same. As can be seen from one of the pictures, the dumping happened alongside the Brosna River which would have serious environmental implications if deposited into the river."