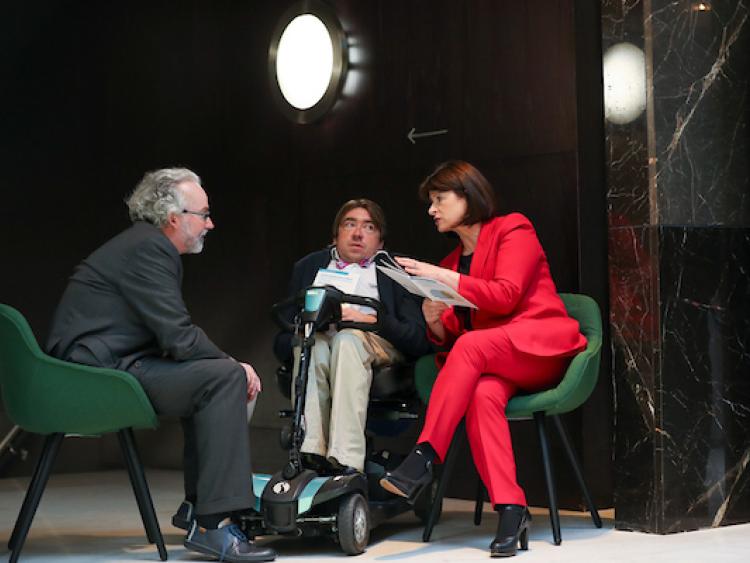 The Irish Human Rights and Equality Commission (‘the Commission’) has called on Offaly employers to think about how they can make access to job recruitments and workplaces across the county fairer for people with disabilities.

A core part of this, the Commission advises is to ensure that employers speak directly with people with disabilities to understand what reasonable accommodations related to work can be simply made.

The call comes as the latest CSO Census figures show that only 19% of people in Offaly who have a disability were at work compared to 50% of the county’s general population.

An event this week focused on “Achieving Equality in Workplace: Reasonable accommodation in practice,” was hosted by the Irish Human Rights and Equality Commission, which brought together over 150 public and private sector employers, trade unions, people with disabilities and civil society organisations from across Ireland to discuss discrimination against people with disabilities in employment.

Figures released by the Commission show that contacts to it from members of the public related to disability discrimination in employment, have been the top issue raised over the last 4 years, and figures for the first half of 2019 have seen a further rise to 36% of all contacts.

The event took place weeks after a landmark Supreme Court ruling (Daly v Nano Nagle) significantly clarified the rights of persons with disabilities to reasonable workplace accommodation from employers. The event also took place in the new context of Ireland now holding obligations under the UN Convention on the Rights of Persons with Disabilities (UNCRPD) having ratified the Convention in March 2018.

Chief Commissioner, Emily Logan announced at the meeting that the Commission is to use its statutory powers to prepare and bring forward a new legal code of practice to promote greater employment of people with disabilities. This code once completed will be legally admissible in evidence in court, Workplace Relations Commission and Labour Court proceedings.

Emily Logan, Chief Commissioner of the Irish Human Rights and Equality Commission stated: “The recruitment and retention of people with disabilities is an opportunity for businesses large and small across Offaly to tap into significant skills and experience.

“Employers in Offaly need to integrate reasonable accommodation as set out in law for people with disabilities into the routine recruitment, selection and employment processes in order to change negative employment trends we have seen.”

“People with disabilities are very familiar with our own needs and as such are best positioned to advise on the necessary supports that will enable us to be successful in our jobs. The well-known disability mantra–nothing about us, without us–should be kept top-of-mind focussing any discussion on reasonable workplace accommodation on the particular person and their specific needs."