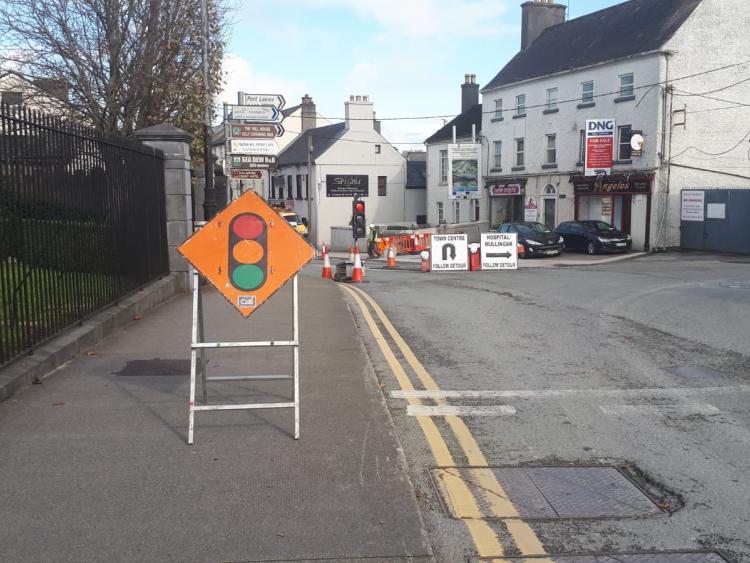 Motorists in Tullamore are being warned that there is a stop/go system in place on High Street this afternoon, Wednesday, October 9.

ESB crews are working to lay underground cables in the area.

The stop/go system is operating from the roundabout at the top of High Street to the junction of the Bridge Centre. The rest of the street remains a one-way system.

As the lights are located at the roundabout, a blockage of traffic is possible on surrounding routes.

Also in Tullamore, a two-way traffic system has been restored to Bridge Sreet from Distillery Lane to the junction with Patrick Street. Work continues on William Street and in O'Connor Square.

Another section of new footpath has also opened on William Street.

Streetscape works began in the town in January and are due to finish in November.