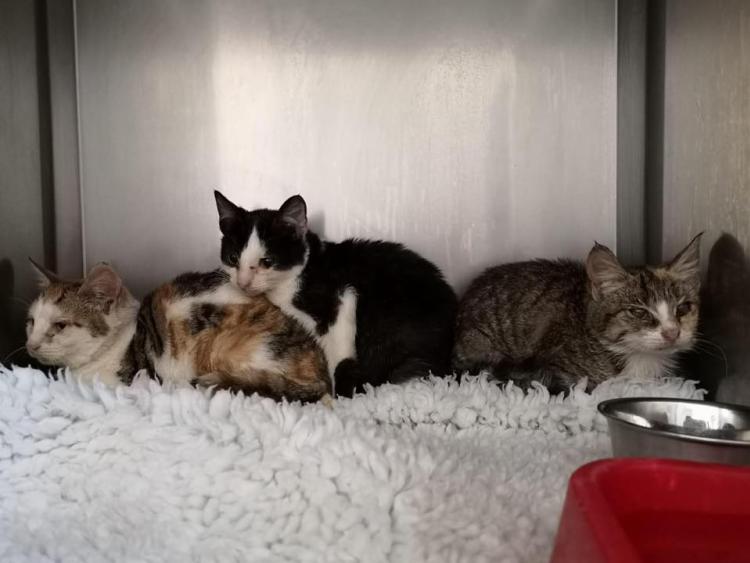 Kittens dumped in Offaly by 'shameful excuse for human being'

The Offaly SPCA has labelled as "shameful" those responsible for dumping a mother cat and her four kittens in Offaly in recent days.

They said: "There is apathy, disregard and disrespect towards animals, particularly cats, and then there is abuse, neglect and downright shameful cruelty."

"This mother cat and her three four-month-old kittens were dumped in an area that is so remote, so sparse, so barren and so far removed from so-called civilisation that there was no chance of them ever being found

"And yet they were found. A walker came across them purely by chance and returned to the area for a few days to provide them with food until they could be helped.

"They were wary and yet they just walked one by one into the traps," the OSPCA continued.

"They were taken to the vet for assessment. They are not feral which means they have all been handled. They didn't get there by chance; they simply couldn't have.

"They were dumped by a shameful excuse for a human being devoid of any nature or compassion, someone who has no sense of decency or regard for life, someone to be avoided.

All four have been neutered, flea/worm treated and are being fed.

"Where to now though?" the OSPCA asked.

"What now? Where do they go from here? Can you offer two of them a home? A shed? A stable?