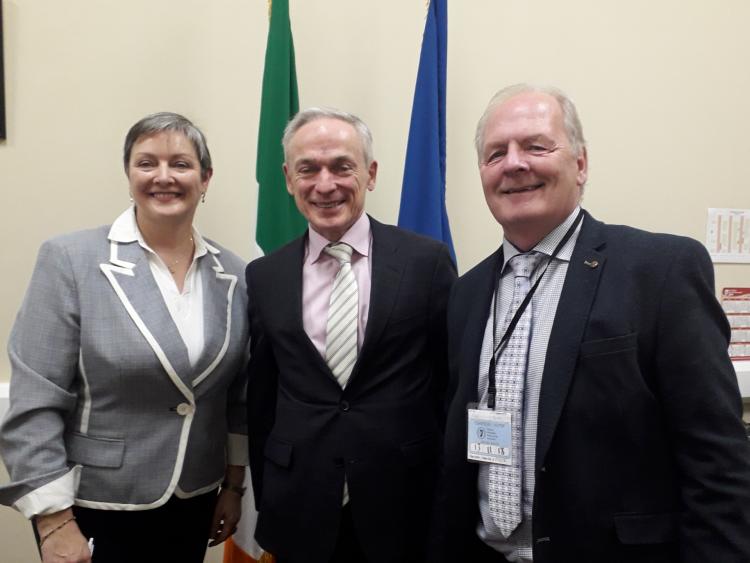 Fine Gael Offaly county councillor Noel Cribbin has defended the recent 15% increase to local property tax, a decision passed by the majority of members at the September meeting of Offaly County Council.

13 of the 19 councillors in Offaly voted to increase the Local Property Tax (LPT) by 15%. Four members present on the day (Sean O'Brien, John Foley, Ken Smollen and Clare Claffey) voted to retain it at its current level. Cllr John Clendennen was absent from the meeting while Fianna Fail's Declan Harvey abstained.

Speaking this week, Cllr Cribbin said: "The majority of county councils in Ireland all voted to increase their LPT, the exceptions being the cash-rich ones like Dublin, Cork and Galway. The bigger and better off counties have a much bigger LPT base than Offaly and also a much bigger rates base which leaves them with a far bigger income to spend on amenities, public buildings, roads and so on."

"In the media last week, my local colleague [Edenderry], Cllr John Foley issued a statement to highlight in his own words “what homeowners in Offaly should know” and what burden that this increase would bring to homeowners.

"Cllr Foley went on to give some examples and cited various bands and what the extra costs to homeowners would be. He started at the houses valued at €150,000 to €200,000, this group accounts for 17% of the housing stock in Offaly and the increase would be €47 per year.

In voting against the increase at the September meeting of Offaly County Council, Cllr John Foley pointed to Brexit as an issue with increased demands on people's finances expected in the coming months. He said home costs, fuel costs and others would be increasing.

Defending the 15% increase and outlining how the measure would be a positive for Offaly, Cllr Cribbin said: "This increase will generate an additional income of €740,000 per year and over the five-year term of this council, will bring in an additional €3.7 million.

"This figure used to leverage central funds at a 20% rate would generate €18 million in new funding for Offaly over five years. Prior to the vote it was agreed by councillors with council management that this additional funding would be ring-fenced for capital infrastructural projects countywide like Urban and Village Renewal and Rural Regeneration projects," Cllr Cribbin explained.

"In Edenderry in the next few years, we have several important and much-needed projects that will need funding from both Government and our own 20% match funding.

"The derelict old Tesco and backlands site totalling 28 acres in the middle of our Main Street is a prime example. Last year, this site secured funding of €80,000 from Minister Michael Ring’s Department.

This funding also required match funding of €20,000 to possibly develop this fantastic site.

At present architects are putting together a report on possible plan to develop this site, starting with a new library and community centre.

They will also be holding a Masterplan Public Consultation night for the general public on Wednesday, October 16 from 4 to 8pm in the Town Hall.

"This site will cost millions to develop fully and will be the makings of Edenderry. Your 65 cent per week will make this happen," Cllr Cribbin commented.

"Other similar projects needing our match funding are Offaly Grand Canal Greenway (Edenderry to Shannonbridge), Edenderry Swimming Pool, Edenderry inner relief road, Slieve Bloom Mountain Bike Trail and the CLÁR scheme for school and community safety measures/playgrounds etc. All of these are great projects and all would bring huge improvements to our towns and villages."

"I have family, neighbours, friends and work colleagues and like the other councillors, I did not vote to increase the LPT lightly without much thought and consultation. As a councillor for the Edenderry area, I have to show leadership and do the right thing for our area. If we are to make significant improvements in our towns and villages then we need to be able to match fund the grants we apply for to local government or else that money and these worthy projects will go to other counties.

"I am 20 years in politics, 14 as a town councillor and the last six as a county councillor and my record stands for itself as regards my work with housing, roads, health, jobs and grants for the people of North Offaly.

"I put my name forward in the Local Elections 2019 to continue my work with and for the people and clubs in Edenderry and North Offaly. I and my council colleagues made a big decision to increase the LPT by 65 cent per week and we intend to turn this into €18 million over the five years of this term, as discussed.

"This will bring improvements and prosperity to our area. The other option was to sit on our hands and do nothing and play the populist card. I didn’t put my name forward to do nothing and I know and thank all of you who voted for me that you trust me to make the right decisions," Cllr Cribbin concluded.