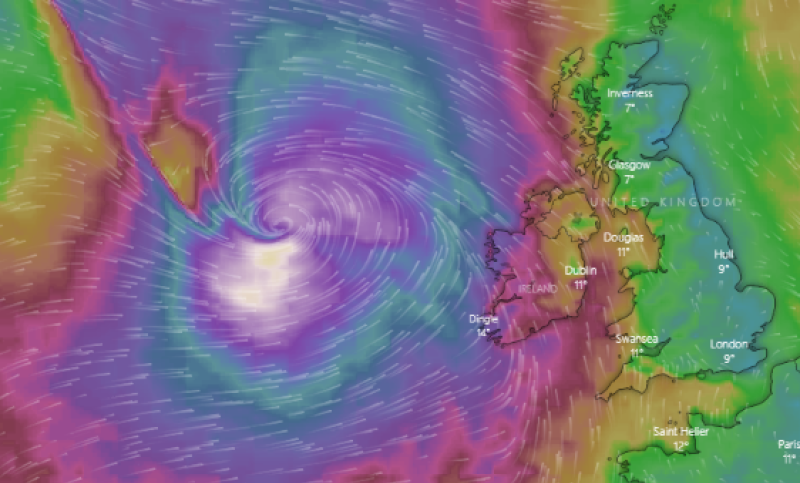 Offaly meteorologist Cathal Nolan from the Midland Weather Channel has given his take on Hurricane Lorenzo hitting Ireland this week.

"Our main focus at present is assessing the path of Hurricane Lorenzo and the possible impacts that it may have. Charts had been somewhat undecided on Lorenzo’s track, however, a general trend seems to indicate that Lorenzo may miss Ireland altogether staying a couple of hundred miles off the west coast," he said.

"The reason for the current changes in track are the interrelation of a smaller less powerful Atlantic depression which is expected to help steer Lorenzo to the northwest rather than the northeast, and what appears to be a stable blocking ridge of high pressure just to our southeast.

"While there are uncertainties regarding the final track of Lorenzo it appears increasingly likely that the worst of the system will miss Ireland to the west, with very mild but mostly dry conditions forecast for the end of the week.

"Small changes, however, could make a significant difference and the final track is far from guaranteed just yet. Please stay updated over the coming days through all weather outlets," Cathal concluded.